Organizations dedicated to helping people with disabilities have existed since at least the 1800s, but as the civil rights movement gained momentum in the 1960s, disability activists demanded equal treatment for their communities too.

Judith Heumann, who had polio as a baby and uses a wheelchair, started her activism early. After graduating from college, she applied for a teaching license but was rejected by the New York City board of education, which called her a fire hazard. Heumann sued for discrimination and won in a landmark case, becoming the first wheelchair user to teach in the city’s schools. That victory put Heumann in the spotlight. She founded her own disability-rights group in 1970 and became an advocate for the independent-living movement.

She successfully pushed Richard Nixon to sign the first federal civil rights legislation for disabled people. But when regulations for the Rehabilitation Act of 1973 were stalled, Heumann helped organize more than 100 disabled activists to stage a sit-in, named for the law’s section on disabilities, at a San Francisco federal building in 1977. The 504 Sit-in, which lasted 28 days, challenged the perception of people with disabilities as helpless or objects of pity. In Heumann’s words: “We demonstrated to the entire nation that disabled people could take control over our own lives and take leadership in the struggle for equality.” The 504 Sit-in accomplished its goal, and those protections laid the groundwork for the Americans with Disabilities Act. Heumann, who served in the Education and State departments of the Clinton and Obama administrations, has continued to advance the rights of disabled people around the world. —Abigail Abrams

Heumann, center, with fellow activists outside the White House in April 1977.
HolLynn D'Lil/Becoming Real in 24 Days 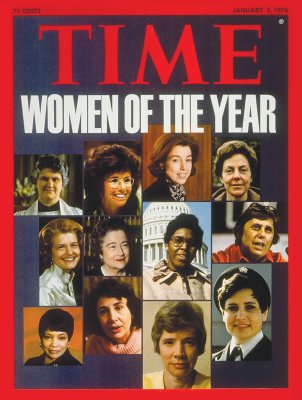