Why Women's History Should Be Everyone's History

Each generation inherits a history, focused through the lens of those who came before it—but time tends to reveal a greater depth of field. In the words of Edith P. Mayo, a curator emeritus at the Smithsonian National Museum of American History, “When you’re invisible, people assume that you’ve done nothing.”

I was born in Tel Aviv, in a country where God–worshipping men wake at dawn to say their morning Tefillah, or prayer. Among meditations of thankfulness for gifts like sight and freedom, they thank the ruler of their universe for one more thing: not making them a woman.

As a daughter of secular parents, I asked why. An Orthodox rabbi might say, Because a man’s role in the world is celebrated while a woman’s role is only acknowledged behind closed doors. At the other edges of faith, a more progressive rabbi might explain it as a reminder that women are paid less, face the daily threat of sexual violence and often end up written out of history. Each morning prayer is a call of duty to fight for a world in which the Shechinah—considered the “feminine” aspect of God—is back from exile.

As a female filmmaker working in a male-dominated industry that often writes women out, I take solace in pioneers like Alice Guy-Blaché, who directed nearly a thousand films and started a film studio long before Hollywood was booming.

She’s one of more than a hundred reasons I joined forces with TIME to help the publication use its influential global platform to celebrate International Women’s Day by immortalizing a century of visionary, brave women who each might have been a Woman of the Year, were the scales not tipped against them. In order to do this list justice, we convened a committee of gifted female thinkers from various disciplines and backgrounds. I’m thankful for their conversation, which was illuminating, inspiring and proof that while the contributions of many women throughout history may have been erased, it’s up to us to make sure they won’t be forgotten.

I hope these women will make you proud of human history as they call on you to make your own.

Har’el, the award-winning director of Honey Boy, is co-producing a documentary on this project 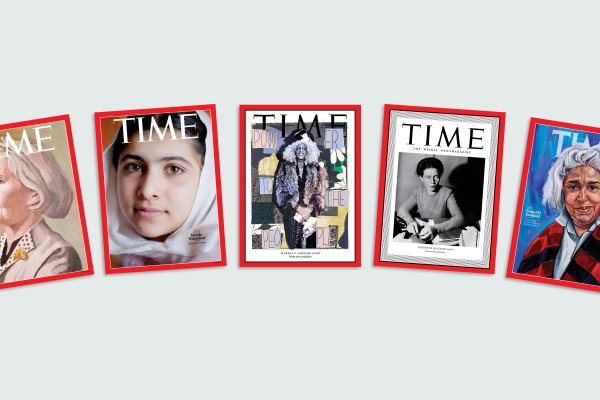 What Does It Mean to Be a Woman? It's Complicated
Next Up: Editor's Pick