A riot police officer aims pepper spray at a journalist during a protest in Hong Kong on Sept. 29, 2019.
Kyle Lam—Bloomberg/Getty Images
By AMY GUNIA / HONG KONG

Taiwan and Hong Kong are on the frontlines of a battle to preserve media freedom from the Chinese government, according to a new report by the Committee to Protect Journalists.

While both markets are bastions of free press, Beijing has increasingly put them under strain as it attempts to influence editorial content and spread propaganda, says the report, “One Country, One Censor,” which was published Monday.

“The era of total censorship that Xi Jinping has ushered into China after becoming president in 2013 increasingly threatens to undermine the press freedoms enjoyed in both Hong Kong and Taiwan,” says Steven Butler, Asia Coordinator of the Committee to Protect Journalists (CPJ).

In Taiwan, China has used commercial pressures to influence media, according to CPJ. A deluge of disinformation aims to sway public opinion ahead of presidential elections in January 2020 when incumbent Tsai Ing-wen faces off against pro-Beijing candidate Han Kuo-yu.

The CPJ report alleges that some media outlets in Taiwan have taken instruction on “how to slant coverage.” Although the media agencies have denied the allegations, Taiwan’s National Communications Commission told CPJ the case is under investigation.

In Hong Kong, a semiautonomous Chinese territory, around half the mainstream media outlets have close political ties to the mainland, according to the CPJ.

“China-influenced publications and broadcast channels have come to dominate the media scene in Hong Kong while a scrappy, underfunded independent sector battles for audience and revenue,” Butler said.

Last year, immigration officials cancelled the visa of a foreign correspondent after he hosted a talk with an independence activist that upset local and Chinese authorities. The move was widely seen to signal Beijing’s growing grip on the financial center.

The treatment of journalists covering pro-democracy protests that have rocked Hong Kong since June further highlight the region’s deteriorating media landscape, the report says. During demonstrations, police have reportedly targeted journalists with tear gas, pepper spray and blinding lights to prevent them from filming.

“The repeated police attacks on journalists trying to cover the turmoil, with no apparent consequences for the police, speaks to the broader concern that over the decades, the rise of China’s influence in Hong Kong has gradually squeezed the once-freewheeling local press,” the report says.

China’s longstanding animosity toward free press has been well-documented. As of December 2019, it held 48 journalists behind bars, more than any other country in the world, according to an annual survey compiled by the CPJ.

Reporters Without Borders ranked China 177th out of 180 countries on its 2019 Freedom of the Press survey. 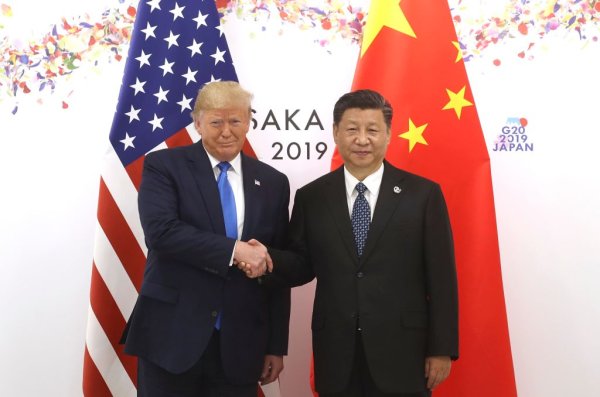