Questions abound over how Prince Harry, Duke of Sussex and Meghan, Duchess of Sussex will achieve financial independence in the wake of their announcement that they will be stepping back from Britain’s royal family.

In a statement shared on their official Instagram page on Jan. 8, the Duke and Duchess of Sussex said that, as they transition away from their role as “senior” royals, they plan to “work to become financially independent, while continuing to fully support Her Majesty The Queen.”

The couple will officially halt their duties as royals at some time this spring.

Queen Elizabeth II announced her support for the couple’s decision in a statement on Jan. 13. “Harry and Meghan have made clear that they do not want to be reliant on public funds in their new lives. It has therefore been agreed that there will be a period of transition in which the Sussexes will spend time in Canada and the UK.”

In the statement, the Queen also said that these “complex matters” require further discussions, but that she has “asked for final decisions to be reached in the coming days.”

Prince Harry spoke publicly on the matter for the first time Sunday night. “I’ve accepted this knowing that it doesn’t change who I am or how committed I am,” he said of the decision to step back as senior members. “But I hope that helps you understand what it had come to—that I would step my family back from all I have ever known to take a step forward into what I hope can be a more peaceful life.”

With no real precedent of a working royal stepping back in quite this way, it remains unclear how Harry and Meghan’s plan will be successful or where their money will come from going forward. However, while “senior” royals are prohibited from earning any income in any form, as the Sussexes have made clear on their website, there are current members of the British royal family who both hold titles and earn incomes.

“Yes, there is precedent for this structure and it applies to other current members of the Royal Family who support the monarch and also have full time jobs external to their commitment to the monarchy,” the couple notes on their website. And it’s true, like Harry’s cousins Princess Beatrice of York and Princess Eugenie, Meghan and Harry wouldn’t be the first royals to take on work outside the scope of their royal responsibilities.

But for right now, according to historian and British royals expert Marlene Koenig, the short answer to the question of Harry and Meghan’s finances is that pretty much everything is still up in the air.

Here’s everything we know about Meghan and Harry’s financial situation to date and how they could become financially independent going forward.

What funds are Harry and Meghan giving up?

As “senior” royals, Harry and Meghan receive funding through the Sovereign Grant, a portion of the taxpayer money derived annually from the revenue of the Crown Estate that goes toward the work of the royal family in support of the Queen. But while Harry and Meghan were granted the titles of Duke and Duchess of Sussex on the day of their wedding in May 2018, they didn’t start receiving this publicly funded allowance from the Queen until 2019, according to People.

To become financially independent, the Sussexes have stated that they will release themselves from the Sovereign Grant. However, the couple says the grant covers only 5% of their costs and is just used for official office expenses like the refurbishment of their official residence, Frogmore Cottage.

“This phased approach will take time to transition in consultation with other senior members of the Royal Family, but Their Royal Highnesses are hopeful that this change is in the best interest for all and look forward to carrying out their duties to the monarch as well as their charitable work with financial autonomy,” their website reads.

Where has their money come from up to now?

In addition to the money they get through the Sovereign Grant, Harry and Meghan receive provisions through the Duchy of Cornwall (a private estate managed by the current Duke of Cornwall, Prince Charles, that profits off Waitrose Duchy Organic, a £200 million-organic food business) that amount to about 95% of their office’s funding, according to their website.

In 2018, Charles’s public accounting statements showed the income he received from the Duchy of Cornwall to be over £21 million. However, while Harry and Meghan didn’t address the portion of the Duchy of Cornwall allocated to them annually in their statement, Koenig tells TIME that it “seems a bit presumptuous of them” to assume they will continue to receive that same amount “because that’s up to Charles.”

Koenig says that it’s also important to consider that when Charles ascends the throne and Prince William becomes the new Duke of Cornwall, funding from the Duchy of Cornwall will no longer be available to Harry as it will be reserved for William’s family. Historically, the male heir apparent — i.e., William once Charles is crowned king — is the one to reap the financial benefits of being the figurehead of the Duchy.

As far as other sources of funding go, Koenig also notes that Harry and William are both recipients of an inheritance from their mother, Princess Diana, that totaled around £21 million at the time of her death in 1997, while Meghan is estimated to have a net worth of about $5 million on her own, according to a Money report in May 2019.

How could Harry and Meghan earn money going forward?

Although Harry and Meghan are prohibited from earning their own incomes as “senior” royals, their website states that part of the reason they’ve decided on this new working model is because they “value the ability to earn a professional income” while remaining committed to “continuing their charitable endeavors as well as establishing new ones.”

But exactly how they plan to go about doing that is unknown. Koenig tells TIME that it could become a matter of the Sussexes “selling access” to themselves like many celebrities do — despite the fact that she says the practice of royals using their names to profit commercially has traditionally been “frowned upon.”

“Basically, members of the royal family aren’t supposed to use their titles for any financial compensation,” she says.

Of course, thanks to her acting career, Meghan was already a celebrity in her own right prior to her 2017 engagement to Prince Harry. The couple’s foundation also submitted a trademark application for the name “Sussex Royal” in June that covers over 100 goods and services, including T-shirts, caps and mugs, and could allow them to profit off their strong personal brand.

Koenig offers the lifestyle of the Queen’s first cousin, Prince Michael of Kent and his wife, Marie Christine, Princess Michael of Kent, as a lower-profile example of how the Sussexes could continue to play a role in royal affairs while maintaining some independence.

Lady Gabriella Windsor, Prince Michael of Kent and Princess Michael of Kent stand on the balcony of Buckingham Palace during the annual Trooping of the Colour ceremony in London, England on June 15, 2013.
Max Mumby/Indigo—Getty Images

Prince and Princess Michael of Kent are not working royals and do not receive public funding, but attend royal events like the Trooping of the Colour and family weddings and sometimes take on public duties to represent the Queen. In exchange for these royal engagements and work for various charities “undertaken at their own expense,” according to Kensington Palace officials, the Queen uses her own private funds to pay the rent for their Kensington apartment.

But Prince and Princess Michael of Kent also make their own money through means like directorship fees and book royalties. “On a higher level that includes humanitarian projects and the like, is this what we’re going to see from the Sussexes?” Koenig posits.

Princess Beatrice and Princess Eugenie, who both have full-time jobs — Beatrice is a strategist at a technology firm called Afiniti while Eugenie is the director of the London art gallery Hauser & Wirth — are also examples of royals who have taken on more traditional work.

By any means, there’s still much to be determined about how Harry and Meghan’s financial independence could come to fruition.

“These are things that are all going to be worked out in these meetings they’re starting to have,” Koenig says.

How would a move to North America affect things?

In their Jan. 8 statement, Harry and Meghan announced that they would begin splitting their time between the U.K. and North America in 2020. Less than two days later, Meghan returned to Canada to be with their young son, Archie Harrison Mountbatten-Windsor, who had remained in the country with Markle’s close friend, Jessica Mulroney, according to People, when the Sussexes flew back to the U.K. after spending “extended family time” in the Great White North over the 2019 holiday season.

But if Harry and Meghan decide to establish a permanent residence in Canada, it begs the question of whether the country, a member state of the Commonwealth of Nations (formerly known as the British Commonwealth) of which Queen Elizabeth II is head, will be responsible for expenses like staff, accommodations, travel and security for them.

For example, the cost of Harry and Meghan’s private security detail in the U.K. is currently covered by the government as mandated by the British Home Office. But if they were to move to Canada, their royal status would likely obligate the Canadian government to provide them with security, Reuters reports.

“I don’t believe they can refuse the government of Canada’s security,” Larry Busch, a former Royal Canadian Mounted Police officer who directed security for U.S. presidents and royals, told Reuters. In turn, this would make Canadian taxpayers responsible for millions of dollars a year in security expenses.

How much and which of their expenses both the British government, and potentially, the Canadian government, would be responsible for moving forward is likely one of the issues on the table. 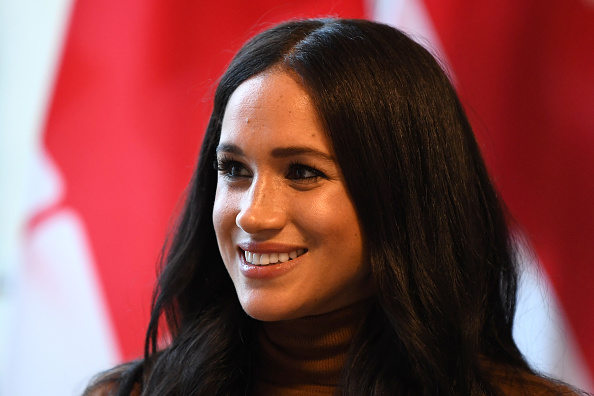 Meghan Markle Has Returned to Canada After Surprising Instagram Announcement
Next Up: Editor's Pick