Australia's Wildfires and Climate Change Are Making One Another Worse in a Vicious, Devastating Circle

The hot, dry conditions that primed southeastern Australia’s forest and fields for the bushfires that have been ravaging the country since September are likely to continue, scientists warn — and climate change has likely made the situation much worse.

Over the past few months, the bushfires have already scorched millions of acres, killed two dozen people, and slaughtered an estimated half a billion animals in the country, where it is currently summer. But scientists say that the risk of additional fires remains high. Southeastern Australia has been “abnormally dry” since September, which means that it would need significant rainfall repeatedly over a period of weeks to become damp enough to cut down the risk of fires, says Dan Pydynowski, a senior meteorologist at AccuWeather.

Unfortunately, such prolonged rain does not appear to be imminent in the next few weeks. Although the region experienced some rain early this week, Pydynowski warns that it has “not been impressive” and is not enough to substantially reduce fire risk. Significant rain from Tropical Storm Blake is also not expected to reach the area most affected by the fires.

“Everything is so dry right now, it doesn’t take much for a fire to spark and blow up and spread,” Pydynowski says.

Climate scientists warn that the scale and devastation of the wildfires are clear examples of the way climate change can intensify natural disasters.

The Australian bushfires were exacerbated by two factors that have a “well-established” link to climate change: heat and dry conditions, says Stefan Rahmstorf, department head at the Potsdam Institute for Climate Impact Research in Germany and a lead author of the United Nations’ Intergovernmental Panel on Climate Change’s Fourth Assessment Report.

In recent years, Australia has experienced long-term dry conditions and exceptionally low rainfall. Scientists say that droughts in the country have gotten worse over recent decades. At the same time, the country has recorded record high temperatures; last summer was the hottest on record for the country.

“Due to enhanced evaporation in warmer temperatures, the vegetation and the soils dry out more quickly,” says Rahmstorf. “So even if the rainfall didn’t change, just the warming in itself would already cause a drying of vegetation and therefore increased fire risk.”

Australian Prime Minister Scott Morrison, who has resisted calls for the country to reduce its carbon emissions, has been accused of deemphasizing the the link between the bushfires and climate change, saying during a November interview that there isn’t “credible scientific evidence” that curbing emissions would diminish the fires.

However, scientists stress that while many sources may ignite fires — including arson — climate change is a major reason why recent the blazes in Australia have been so destructive.

“There are now disingenuous efforts to downplay the clear role of climate change in worsening the intensity and severity of the Australian fires, or to blame ‘arson’ as a way to distract from the growing threat of climate change. These efforts should be called out for what they are: gross climate denial,” Peter Gleick, a climate scientist and co-founder of Pacific Institute in California.

Gleick says that the bushfires are a “very clear example of the links between climate change and extreme weather.” He points out that these fires are very similar to recent highly destructive fires in Brazil and California.

“It’s not a question of whether climate change has caused these fires. Fires start for natural reasons — or for human cause reasons. What we’re seeing is a worsening of the conditions that make the fires in Australia unprecedentedly bad,” says Gleick. “All of these factors — record heat, unprecedented drought, lack of rain — all contribute to drying out the fuel that makes these fires worse. What we have are fires that might have occurred anyway, but the extent, the severity, the intensity of these fires is far worse than it otherwise would have been without the fingerprints of climate change.”

Rahmstorf also says that climate scientists believe wildfire conditions are worsening because climate change affects the water cycle, which in turn “leads to less rainfall in already dry parts of the world, and more rainfall in the already wet parts of the world.” Australia is especially vulnerable to climate change because the continent is already hot and dry; a large swathe of the country is facing increased risk of drought, says Rahmstorf.

Gleick says that the bushfires can have a ripple effect both on the local landscape and on the global climate. Fires can cause “ember storms,” which can lead to additional fires when embers from smaller fires are picked up by the wind. 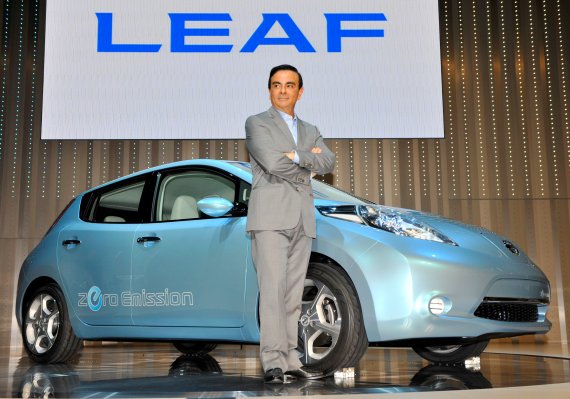 Carlos Ghosn, Now a Fugitive, Was an Electric-Car Visionary
Next Up: Editor's Pick