If We Want to Stop Climate Change, Now is a Moment of Reckoning for How We Use the Planet, Warns U.N. Report

Aerial view of the Transamazonica Road (BR-230) near Medicilandia, Para State, Brazil on March 13, 2019. - According to the NGO Imazon, deforestation in the Amazonia increased in a 54% in January, 2019 -the first month of Brazilian President Jair Bolsonaro's term- compared to the same month of 2018.
MAURO PIMENTEL—AFP/Getty Images
By Justin Worland

The human relationship with the land we live on has evolved over the hundreds of thousands of years humans have roamed the planet, but no period has seen as dramatic change as the last century when humans used land in new ways to extract wealth and build a modern economy.

Now, a landmark new U.N. report warns, humans face a moment of reckoning on how we use the planet’s land: human practices like deforestation threaten to undermine the role nature has played soaking up carbon dioxide emissions for more than a century. At the same time, climate change could threaten our ability to use the land, risking food security and vulnerable communities at risk of extreme weather.

“As we’ve continued to pour more and more carbon dioxide in the atmosphere, the Earth’s system has responded and it’s continued to absorb more and more,” says Louis Verchot, a lead study author and scientist at the International Center for Tropical Agriculture. But “this additional gift from nature is limited. It’s not going to continue forever.”

Today, emissions from land use — think of practices like agriculture and logging — cause nearly a quarter of human induced greenhouse emissions, according to the report, authored by scientists on the Intergovernmental Panel on Climate Change (IPCC), the U.N. climate science body.

Still, land elsewhere on the planet has balanced the effects of those emissions. In recent years, forests, wetlands and other land systems have soaked up 11.2 gigatonnes more carbon dioxide than they have emitted on an annual basis. That’s a greater quantity of carbon dioxide than released by the world’s coal-fired power plants in a given year. But a slew of human practices including deforestation, soil degradation and the destruction of land-based ecosystems threaten to halt that trend, potentially driving land to release more carbon dioxide than it absorbs.

Climate advocates billed the report as a wakeup call. Much of the attention around addressing climate change has focused on shifting the global energy system, but to keep warming at bay will require nature-based solutions that consider how humans use land, climate scientists say.

The report — at more than 1,300 pages in length — lays out a number of opportunties to use land to reverse the trend. And many of the solutions are already at hand, if governments have the wherewithal to implement them. “We don’t have to wait for some sort of new technological innovation,” says study author Pamela McElwee, an associate professor of human ecology at Rutgers University. “But what some of these solutions do require is attention, financial support, enabling environments.”

Significantly reducing deforestation while increasing the rates of restoring forests ranks among the most urgent solutions in order to retain any hope of keeping temperatures from rising to catastrophic levels by the end of the century. Reducing deforestation alone can stop annual emissions equivalent to twice those of India’s, scientists found.

The report also highlights how emissions from agriculture contribute significantly to climate change, and the opportunity to address it by rethinking diets. As global demand for food has grown, food producers have converted forests into agricultural land, leading to a release of carbon dioxide stored in trees. At the same time, more than a quarter of food goes to waste, according to the report.

With those trends in mind, scientists say a shift away from eating meat toward plant-based diets could yield big dividends in the fight against climate change. Reduced meat consumption means lower emissions from livestock and the fertilizer needed to sustain them but also provides an opportunity to reforest land that farmers would have otherwise used for grazing. Rethinking the human diet across the globe could drive emissions reductions of up to 8 gigatonnes annually, according to the report, greater than an entire year of emissions in the U.S.

But, while these changes are technically feasible, there are a number of barriers to adoption. To achieve the greatest emissions reductions by shifting diets would require most of the world to go vegan, for instance, requiring a fight against entrenched agricultural interests and cultural preferences.

And despite year’s of research underscoring the threat of deforestation the practice has worsened in some of the most critical areas. In recent years, deforestation has accelerated in the Amazon rain forest in both Brazil and Colombia, with a recent report from Brazil’s National Institute for Space Research showing that the practice had increased 40% in the previous two months compared with the same period the year prior.

And, while that finding alone is alarming, so is the response of Brazilian President Jair Bolsonaro, who disputed the figures and fired the head of the government agency charged with collecting deforestation data. “We cannot accept sensationalism,” said Bolsonaro, who has denied the science of climate change, according to a report from the AFP news agency, “or the disclosure of inaccurate numbers that cause great damage to Brazil’s image.”

The new IPCC report comes less than a year after the body’s 2018 report on the dire effects of 1.5°C of warming, which warned that climate change will bring catastrophic levels at even that level of warming. In its wake, students walked out of school across the globe, some governments committed to reducing their emissions and activists in the U.S rallied for a Green New Deal, all citing the report’s impact.

Much like last year’s, the new IPCC report highlights a number of shocking risks. The surface temperature on land has already warmed more than 1.5°C since the beginning of the industrial era, and continued warming threatens to cause a slew of extreme weather events while threatening food security and other essentials required for human life. Whether this report can inspire a similar wave of action remains to be seen. 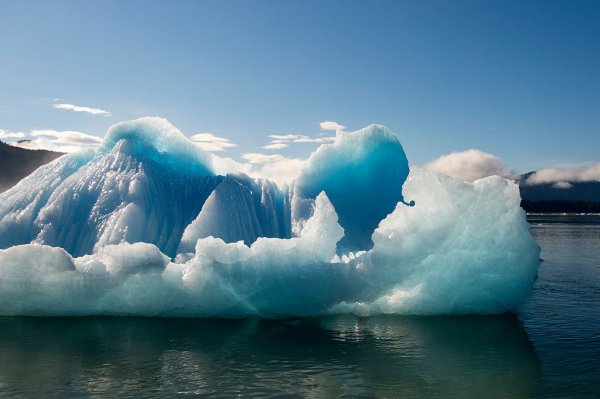 Underwater Glacier Melt May Be Worse Than Thought
Next Up: Editor's Pick