Back in 2018, K-pop group BTS performed a pre-recorded segment for Dick Clark’s Rockin’ New Year’s Eve celebration to ring in the new year. Two years later, for 2020, the super-popular supergroup upped the ante — by showing up at Manhattan’s Times Square in the flesh to perform live for the masses waiting for the ball to drop at the famous New Year’s Eve event hosted by Ryan Seacrest.

And the South Korean boy band did not disappoint, delighting the ARMY (as its fans are known) with renditions of “Make It Right” and “Boy with Luv.”

It’s safe to say social media was pretty excited about the performance.

Post Malone was the official headliner for the evening’s festivities, joined by country singer Sam Hunt and Alanis Morisette with the cast of the new Broadway musical Jagged Little Pill during the five-plus hours of broadcast. But the screams for BTS’s RM, Jin, Suga, J-Hope, Jimin, V and Jung Kook speak for themselves about the septet’s popularity with the live crowd. The evening was also sponsored by YouTube, a platform on which BTS is known to break records with their intricate music videos, heavy with dance choreography.

2019 was a banner year for BTS: They performed on Saturday Night Live, sold out stadiums globally, notched three Billboard number one albums in a year (tying a Beatles record in the process,) were featured on the TIME 100 and collaborated with stars like Halsey (on “Boy With Luv”) and Lauv (on “Make It Right”). (They also took a short break somewhere in there.) Their fan ARMY helped propel them to their third consecutive Billboard Top Social Artist prize, and they’ve continued to dominate Korean awards. Given their momentum, in 2020 fans and listeners can expect more of the same. 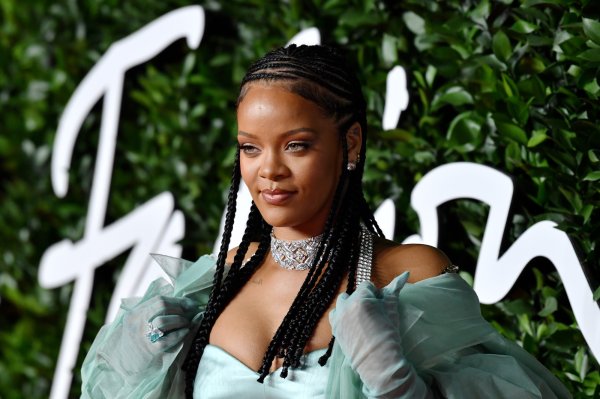 Everything We Know So Far About Rihanna's New Album
Next Up: Editor's Pick