First there was Beatlemania. Now there’s BTS-mania. So for their appearance on The Late Show with Stephen Colbert on Wednesday night, perhaps it only makes sense that the K-pop supergroup took a time machine back to 1964 for their black-and-white performance, appearing in sharp suits and Beatles-esque haircuts to reenact one of the most iconic moments in boy band history — The Beatles making their U.S. debut on The Ed Sullivan Show.

For the occasion, the band performed their own new single, “Boy With Luv,” from their new album Map of the Soul: Persona. As Colbert mentioned, BTS are the first group since the Beatles to achieve three number-one albums in less than a year, solidifying the throwback parallels — even if they hail from across a slightly different pond than the original Fab Four.

Taking the stage at the legendary Ed Sullivan stage, RM, Suga, J-Hope, Jimin, Jung Kook, Jin and V put on a flawless show for the audience that seamlessly mixed old-school tropes — like the big band set behind them — with their sleek contemporary music and dance moves. And when they sat down with host Colbert for an interview portion of the show, they even sang their favorite Beatles song together: “Hey Jude.”

BTS is on a record-breaking streak of late, including a series of U.S. TV appearances while they’re in the states on their Love Yourself: Speak Yourself stadium tour; they returned to the stage on Wednesday morning for a Good Morning America show. They will perform in New Jersey’s MetLife Stadium this weekend as well. 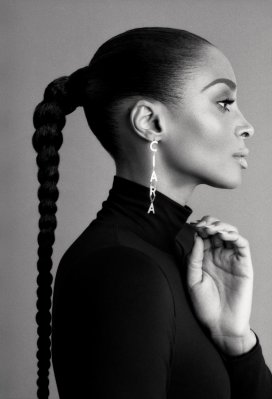 Ciara Is Criminally Underrated. Her New Album Should Change That
Next Up: Editor's Pick