This year’s show for “Dick Clark’s New Year’s Rockin’ Eve with Ryan Seacrest 2019” will feature Shawn Mendes, Camila Cabello and Halsey, as part of a star-studded lineup for the annual New Year’s Eve celebration and New Year’s Eve ball drop live stream that will kick off 2019 from Time Square in New York City.

In addition to Mendes, Cabello and Halsey, artists Lauren Alaina, Bazzi, Kane Brown, Ciara, and Weezer were announced as performers.

Ciara will also serve as the host for the night for the show’s West Coast component, while Seacrest will host the event in New York City. Jenny McCarthy will act as the Times Square correspondent and actress Lucy Hale will report from New Orleans.

The celebration will be aired live on December 31 at 8 p.m. EST on ABC. You can watch the New Year’s Eve ball drop live here, even if you don’t have cable (or even a TV). 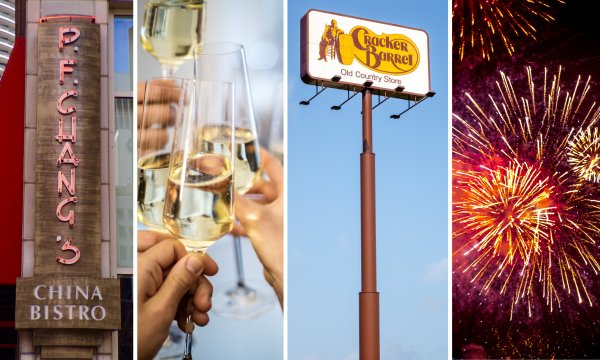 Here Are All the Restaurants Open on New Year's
Next Up: Editor's Pick