In a pivotal moment for the #MeToo movement, prosecutors in Los Angeles charged Harvey Weinstein with rape and sexual assault on Monday as the once-mighty movie mogul went on trial in New York on separate sexual assault allegations.

The new charges virtually guarantee that whatever the outcome of the New York case, Weinstein’s legal battles are likely to last for months and, if he’s convicted in either jurisdiction, for many years. If convicted in New York, he could face life in prison. The California charges carry sentences up to 28 years in prison, said Los Angeles County District Attorney Jackie Lacey. Lacey said more charges could come as Los Angeles-area officials investigate three more women’s allegations against Weinstein of sexual misconduct.

Weinstein, 67, arrived in New York State Supreme Court in Manhattan hunched over a walker as protesters outside the courthouse demanded justice for the scores of women who say Weinstein abused them.

Monday’s session in a packed courtroom was brief and focused mainly on laying out a schedule for the trial. On Tuesday, lawyers will begin trying to choose a jury from an initial pool. The process is expected to take several days as attorneys look for jurors who are not unduly familiar with Weinstein and whose minds haven’t been made up about his guilt or innocence.

In New York, Weinstein is accused of raping an unidentified woman in a New York City hotel room in 2013 and of sexually assaulting Mimi Haleyi, a former production assistant, in his apartment in 2006. If convicted, he could face life imprisonment. Haleyi has publicly claimed Weinstein forcibly performed oral sex on her, ripping out her tampon during the encounter. Weinstein has pleaded not guilty to both of the women’s claims and has denied all allegations of non-consensual sex, including by women whose cases have not led to criminal charges.

Outside of the courthouse, dozens of Weinstein’s accusers, including actors Rose McGowan and Rosanna Arquette, said it was a triumph for sexual assault survivors to see Weinstein face trial. “That we’ve come to this moment of justice is staggering,” McGowan said. Actor Sarah Ann Masse, who is among the accusers, called the trial a “cultural reckoning regardless of its legal outcome.” “It is a victory,” she said, “to see Harvey Weinstein and the systems that have protected him for decades held accountable.”

Reading from a prepared statement, actor Rosanna Arquette said, “As one of the Silence Breakers, I stand in solidarity with the brave survivors who will take the stand against Harvey Weinstein in this trial. I join these other brave women who were also harmed by Harvey Weinstein to say: We aren’t going anywhere.”

Hours after his New York court appearance, Lacey announced that Weinstein was being charged there with raping a woman in 2013 and sexually assaulting another woman the same year. Both incidents occurred during a two-day period, a statement from Lacey’s office said.

“We believe the evidence will show that the defendant used his power and influence to gain access to his victims and then commit violent crimes against them,” Lacey said. According to the statement, Weinstein was accused of pushing his way into a woman’s hotel room on Feb. 18, 2013 and raping her. The following evening, he allegedly sexually assaulted a woman at a hotel suite in Beverly Hills.

At a news conference later, Lacey said the accusers had come to police in 2017 in the wake of news stories that fueled the #MeToo movement and led to Weinstein’s downfall. She said several other reports were also made to police, including three involving crimes that had occurred outside the statute of limitations and could not be prosecuted. “We continue to investigate allegations involving three other women to determine if additional charges will be filed,” Lacey added.

One of the accusers in the California cases is expected to testify in Weinstein’s New York trial, Los Angeles Police Chief Michel Moore said.

In the face of the various accusations against him, Weinstein has remained mostly unapologetic and defiant, even casting himself as a victim. In remarks in December to the New York Post, Weinstein said the allegations had “eviscerated” the work he’s done in the last three decades, calling himself “the forgotten man” and a “pioneer” for making “more movies directed by women and about women than any filmmaker.”

But accusers say the former Miramax head used his clout in all the wrong ways, dangling acting gigs and making clear he could make or break their careers, depending on how they responded to his sexual advances.

“He seemed untouchable,” says Mary Anne Franks, a University of Miami law professor and an outspoken women’s rights advocate. “Having society say, in the strongest possible terms, that what happened here was wrong is incredibly validating for the victims, or any victim.”

The trial, expected to last about six to eight weeks, comes more than two years after a New York Times expose detailed three decades worth of sexual misconduct allegations against him. The explosive report prompted dozens of women in Hollywood—including Gwyneth Paltrow, Kate Beckinsale, Angelina Jolie and Lupita Nyong’o—to come forward with claims that Weinstein had harassed, sexually assaulted or behaved inappropriately with them.

The wave of allegations quickly led to Weinstein’s termination from The Weinstein Company, a film studio he built with his brother, and to his arrest in May 2018. In December, a tentative settlement was reportedly reached over lawsuits that dozens of Weinstein’s alleged victims have brought against him. Weinstein did not have to admit wrongdoing or make any out-of-pocket payments as part of the agreement, according to the Associated Press.

The trial marks a critical juncture in the #MeToo era, and its outcome could have major implications for future sexual misconduct cases. If Weinstein were to be found guilty, it would be the second major celebrity conviction and victory for #MeToo since comedian Bill Cosby was convicted of sexual assault in 2018. Cosby was sentenced to three to 10 years in prison and lost his appeal in December.

“Mr. Cosby is sitting in prison and is classified as a sexually violent predator, and now Mr. Weinstein will be facing trial,” says attorney Gloria Allred, who fought on behalf of multiple Cosby accusers. Allred now represents Haleyi and Emmy-nominated Sopranos actor Annabella Sciorra, who is expected to testify against Weinstein even though her claim that he raped her in 1993 falls outside the statute of limitations and cannot be prosecuted.

Despite the dozens of accusations from different women, only three cases initially led to charges against Weinstein. One of them was thrown out on Oct. 11, 2018 on grounds that a detective did not tell prosecutors about a witness who had contradicted the accuser’s account of what had happened. Even so, the prosecution on just two charges is viewed as an achievement, especially given the power that Weinstein is known to have wielded over those who defied him in the film industry.

“We’ve already actually had victories in even getting the case to court because so many of these cases never ever make it that far,” says Tina Tchen, president and CEO of Time’s Up, an advocacy group launched in 2018 by hundreds of Hollywood’s leading women amid #MeToo’s explosion.

The #MeToo movement went viral in 2017, following a call to action by actor Alyssa Milano, who roused more than 1 million people to speak up on social media about their experiences with sexual harassment and assault from other offenders in offices and on the streets. The massive response highlighted the prevalence of the problem and sparked a social reckoning that changed the norms of how sexual harassment is handled in workplaces.

Since then, at least 15 states have passed new protections to better address sexual harassment and assault, according to the National Women’s Law Center, a nonprofit women’s rights advocacy group. Illinois now requires all employers to provide workplace sexual harassment training at least once a year or face fines. And in September 2019, New York extended its statute of limitations for certain rape cases, from five to 20 years, giving victims more time to pursue justice.

Companies like Microsoft and Uber have also changed workplace cultures and policies by ending an unpopular practice known as forced arbitration, which requires accusers to settle sexual harassment cases privately.

Tchen, who served as chief-of-staff to former First Lady Michelle Obama, says the outcome of the trial won’t impact the movement’s progress, even if Weinstein is not convicted on all charges.

“There is a momentum here that is, at this point, unstoppable,” she says. “This movement is much bigger than one case, even the Harvey Weinstein case.”

“Although he may have been the spark that lit the flame here,” Tchen adds, “this is a flame that has extended far beyond.” 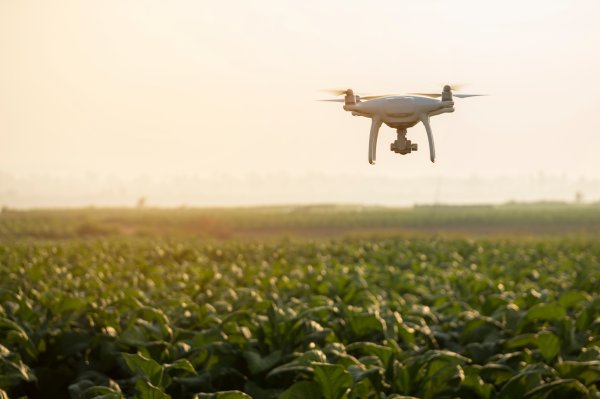 Mystery Drones Are Hovering Over Colorado and Nebraska
Next Up: Editor's Pick