“The NYPD thanks these brave survivors for their courage to come forward and seek justice,” the NYPD said in a statement. “The arrest and ensuing charges are the result of a joint investigation between the NYPD and the Manhattan District Attorney’s Office.”

Weinstein, 66, arrived at a New York police station to turn himself in shortly before 7.30 a.m. ET, flanked by uniformed police officers. He was wearing a suit, appeared to be limping and was clutching several books.

Weinstein was arraigned on the charges Friday. His bond was set at $10 million and he was outfitted with a GPS monitor that will allow him to travel only within New York and Connecticut.

Weinstein’s attorney, Benjamin Brafman, told reporters outside the courthouse that Weinstein plans to plead not guilty to all the charges. Weinstein has said repeatedly through his lawyers that he did not have nonconsensual sex with anyone.

The New York Times and The New Yorker reported sexual harassment allegations against Weinstein beginning in September of last year. According to the Associated Press, more than 75 women have accused Weinstein of wrongdoing, including actress and activist Rose McGowan, who said Weinstein raped her in 1997, and Sopranos actress Annabella Sciorra, who said he raped her in her New York apartment in 1992.

The initial reporting on Weinstein triggered a wave of sexual abuse allegations from scores of women, including Ashley Judd, Angelina Jolie and Salma Hayek, and led to him being fired from The Weinstein Company’s board and sued by New York’s attorney general.

Following scores of sexual harassment complaints alleged against the producer, Weinstein has been undergoing sex-rehab treatment in Arizona and, according to Vanity Fair, additional therapy for “anger management, nutrition, and several addiction-related behaviors.” 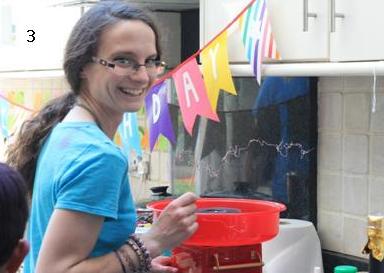 Fashion Designer Convicted of Torturing 21-Year-Old Nanny and Burning Her Body
Next Up: Editor's Pick