'It Is Time for Justice.' Judge Sentences Bill Cosby to 3-10 Years in Prison

After more than a decade of fighting for justice, the dozens of women who accused Bill Cosby of drugging and raping them watched the disgraced comedian be handcuffed and led off to prison.

Cosby, 81, was taken away after a judge in Montgomery County, Pennsylvania, sentenced him Tuesday to three to 10 years behind bars for the 2004 sexual assault of Andrea Constand, a former Temple University employee.

Judge Steven T. O’Neill also designated the comedian as a sexually violent predator — meaning he will have to register as a sex offender for life and undergo counseling — following a two-day sentencing hearing outside of Cosby’s native Philadelphia.

“It is time for justice. Mr. Cosby, this has all circled back to you,” O’Neill said on Tuesday. “The time has come.”

Though at least 60 women have come forward to accuse Cosby of sexual misconduct dating back to the 1960s, Constand’s case was the only allegation that resulted in criminal charges — and the only chance for his accusers to see him behind bars. Some of the other women who accused Cosby travelled to Pennsylvania to watch his sentencing.

“We may never know the full extent of his double life as a sexual predator but his decades-long reign of terror as a serial rapist is over,” Constand wrote in a victim impact statement released by the Montgomery County District’s Attorney’s Office on Tuesday. “I have often asked myself why the burden of being the sole witness in two criminal trials had to fall to me… But I had to testify. It was the right thing to do, and I wanted to do the right thing, even if it was the most difficult thing I’ve ever done.”

Montgomery County District Attorney Kevin Steele said at a press conference after the sentencing hearing that Cosby “has been unmasked,” while his accusers expressed satisfaction with the verdict. Tamara Green told MSNBC that she felt a “black cloud has been lifted off my whole life.” Chelan Lasha told MSNBC that she was “very, very happy,” but hoping for a longer sentence.

“It’s better than nothing,” Lasha told MSNBC. “At least he’s going to prison.”

Cosby has denied all allegations, and his lawyer has said he plans to appeal the conviction. Cosby, who didn’t testify at his trial, did not make a statement during the sentencing hearing.

“I believe and think it’s important to point out that this has been the most racist and sexist trial in the history of the United States,” Cosby’s publicist Andrew Wyatt said in a statement outside the court house. “Dr. Cosby has been one of the greatest civil rights leaders in the United States for over the last 50 years… This was not pointed out to the jury or allowed in court because the racist and sexist mass media was attacking and denouncing Dr. Cosby whenever his lawyers even hinted there was racism and sexism present.”

Cosby’s conviction and sentencing is a monumental moment for #MeToo — though most of the accusers came forward before the movement erupted last year. It has been historically difficult to get convictions for cases of sexual assault, and Cosby is the first prominent man to be convicted since the nationwide reckoning with sexual assault and harassment. Even with the wave of allegations against prominent men, few have faced legal charges.

Cosby was convicted in April of three felony counts of aggravated indecent assault for sexually assaulting and drugging Constand in 2004. Cosby initially faced a maximum of 30 years — 10 years for each count — in prison.

But during the sentencing, prosecutors and defense attorneys agreed to merge the three counts into one, reducing the maximum sentence to 10 years. On Monday, prosecutors asked Judge O’Neill to sentence the 81-year-old to five to 10 years in prison. His defense attorney asked for house arrest and argued Cosby shouldn’t go to prison because of his old age and declining health.

O’Neill agreed with a Pennsylvania state board’s recommendation that Cosby should be designated as a a sexually violent predator. Cosby’s defense team called the designation unconstitutional and a “modern-day version of the scarlet letter.”

Before the hearing, Cosby’s team accused O’Neill of bias because he ran against a witness who testified in the pre-trial hearing for a political post. O’Neill dismissed the claim as “wholly without merit” and refused to stand down.

Constand did not read her victim impact statement in court. In the statement, she detailed how the assault “crushed” her spirit and how she’s looking forward to moving on with her life. She said just a few words to the judge on Monday.

“The jury heard me. Mr. Cosby heard me,” Constand said. “Now, all I am asking for, is justice as the court sees fit.”

O’Neill told Constand before he sentenced Cosby that he read her victim impact statement and “heard the very clear impact this has had on you.” He added he didn’t know whether Cosby had read it.

Several of the other women who accused Cosby — including Lise-Lotte Lublin, Janice Dickinson, Lili Bernard and Chelan Lasha — sat behind Constand during the hearing.

But those women — and the dozens of others who accused Cosby — weren’t able to tell their stories in court. Prosecutors filed a motion asking that an unspecified number of accusers be allowed to give victim-impact statements, but O’Neill struck down the motion last week. The five women who testified at Cosby’s trial as “prior bad act” witnesses — including Lublin and Dickinson — were also not permitted to speak at the hearing.

“I am free of you, I have moved on and I forgive you. I won’t ever forget what you did to me and there will be times I will feel sorrow and pain but it will never control my life,” Lublin wrote in the statement she planned to read in court, which was sent to TIME by her attorney. “Maybe you will find peace when you make amends with me. Remember you do not have very long to redeem yourself at this late age in your life. Use your time in confinement wisely.”

Read More: Bill Cosby’s Other Accusers Didn’t Get to Speak at His Sentencing. Here’s What They Would Have Said

But several women still have civil cases against Cosby pending. Joseph Cammarata, an attorney representing eight women in Massachusetts who sued Cosby for defamation, told TIME last week that he expects his case will soon be able to move forward.

For Constand, the end of the trial means she can finally start moving on with her life after a nearly decade-long legal battle.

“When the sexual assault happened, I was a young woman brimming with confidence and looking forward to a future bright with possibilities,” Constand wrote in her victim impact statement. “Now, almost 15 years later, I’m a middle-aged woman who’s been stuck in a holding pattern for most of her adult life, unable to heal fully or to move forward.”

“Instead of looking back, I am looking forward to looking forward,” she added, “I want to get to the place where the person I was meant to be gets a second chance. I know that I still have room to grow.” 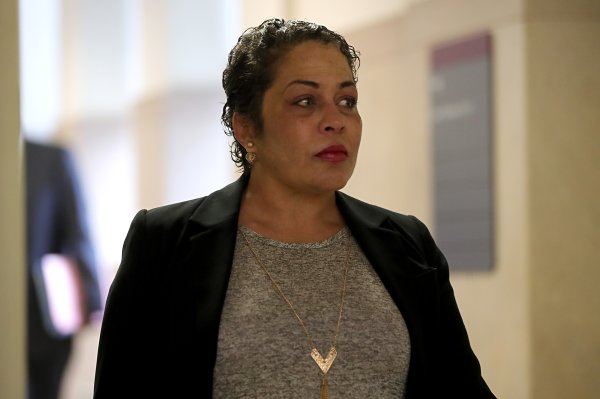