The Microsoft logo is pictured during the annual Microsoft shareholders meeting in Bellevue, Washington on November 29, 2017.
JASON REDMOND—AFP/Getty Images
By Samantha Cooney

Microsoft announced on Tuesday morning that it will no longer require women to settle sexual harassment cases privately, becoming one of the first major companies to eliminate what are known as forced arbitration clauses.

Forced arbitration prevents employees from taking their claims to court, instead requiring them to settle disputes in a private process run by a third party. The process is cheaper and faster for employers than a court case, but anti-sexual harassment advocates like Gretchen Carlson have pointed out that women are less likely to win cases in arbitration and receive smaller settlements than in trials. Advocates have also argued that arbitration allows companies to hide systemic issues from public view.

“Forcing sexual harassment claims to be arbitrated is a tool to keep the company looking squeaky clean and out of the news,” employment attorney Maya Risman said.

In a blog post, Microsoft’s chief legal officer and president Brad Smith said that most of the company’s employees already did not have forced arbitration clauses for sexual harassment. But an internal review found that such clauses did apply to a “small segment of our employee population.” The company has now voided those clauses, meaning all employees have the option of pursuing sexual harassment claims in court.

The company has also used arbitration to settle other types of disputes and did not say whether that would continue.

“We concluded that if we were to advocate for legislation ending arbitration requirements for sexual harassment, we should not have a contractual requirement for our own employees that would obligate them to arbitrate sexual harassment claims,” Smith wrote. “And we should act immediately and not wait for a new law to be passed.”

Microsoft’s decision comes a week after Bloomberg reported that a former company intern alleged in February 2014 that another intern sexually assaulted her outside of work. The woman said Microsoft made the two work together while it investigated her claims.

The company told Bloomberg it encouraged the woman to go to law enforcement and offered to connect her with victim advocacy groups. (She was not working at Microsoft under a forced arbitration clause.) “We work hard to create a safe work environment for every employee,” the company said in a statement at the time.

Some advocates say that while Microsoft’s announcement on arbitration clauses is largely symbolic, it is still significant.

“By doing this, Microsoft is saying that it’s going to take concrete steps to make its workplace culture more conducive to addressing and preventing harassment,” said Emily Martin, the general counsel and vice president for workplace justice at the National Women’s Law Center. “That message is important above and beyond the impact on individuals whose contracts are about to change.”

Gillibrand and Graham’s legislation estimates that 60 million Americans have forced arbitration clauses in their contracts, while a September study from the Employment Rights Advocacy Institute for Law & Policy found that 80% of the country’s 100 biggest companies use them.

“While Microsoft apparently didn’t use these provisions across its workforce, some companies use them more indiscriminately across their workforces to bind lower-wage workers as well as higher-wage workers,” Martin said. “By standing up and saying that it believes that these provisions aren’t fair to employees, Microsoft helps change the conversation in a way that has the potential to help a lot of people by increasing the pressure on companies to do the same.”

But Myriam Gilles, a vice dean and professor at the Benjamin Cardozo School of Law, isn’t so sure Microsoft’s announcement will influence smaller companies. “Small companies might feel like these clauses protect their bottom line,” Gilles said. “They might feel more concerned about their bottom line than optics, considering they don’t really have to worry about optics.”

Amid the #MeToo movement, many have called for an end to forced arbitration. Carlson has become a prominent voice on the issue after navigating around the arbitration clause in her contract to sue Roger Ailes for sexual harassment last year. (Ailes, who died earlier this year, had denied the allegations). In August, Uber whistleblower Susan Fowler’s lawyers filed an amicus brief before the Supreme Court arguing that tech companies should eliminate these clauses, as the court weighs whether employers can ban class action lawsuits and force employees into arbitration.

Fowler and Carlson both praised Microsoft’s decision on Tuesday.

Even if more companies join in the movement to end forced arbitration for sexual harassment cases, however, Gilles is still concerned that companies will continue to use it to settle other workplace disputes, including over issues of racial discrimination, wage-theft accusations and the mistreatment of the elderly in nursing homes.

“I get this is a cool thing that Microsoft is getting ahead on this issue that’s in the news right now,” Gilles said. “But I would challenge Microsoft and every other companies to get rid of forced arbitration across the board.” 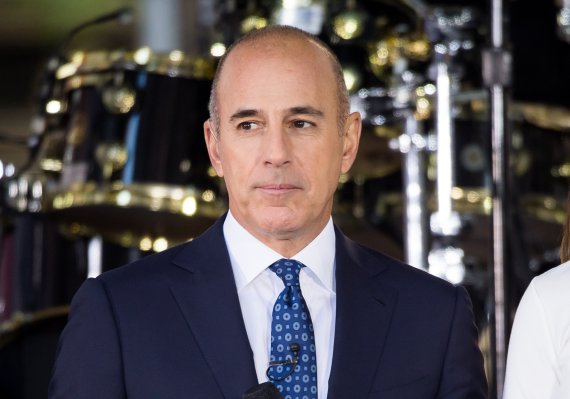 Former Today Staffer Says Consensual Relationship With Matt Lauer Was an 'Abuse of Power'
Next Up: Editor's Pick