Lizzo doesn’t need a DNA test to prove that she is 100% that fashionista that everyone was buzzing about on the red carpet at the 2019 American Music Awards. While the Grammy-nominated star was striking in her custom one-shouldered ruffled orange Valentino dress, her outfit may have been overshadowed by one diminutive accessory.

The “Truth Hurts” singer, who was nominated for three awards, including new artist of the year, hit the red carpet with a miniature Valentino purse that was so ridiculously small it could only dangle from two fingers. “@maisonvalentino bag big enough for my f—s to give,” she wrote in the caption on her official Instagram account. When asked what she was carrying in her minute bag, Lizzo told PopSugar, “Oh I’ve got tampons in here, a flask of tequila, condoms…” The inch-sized accessory caught the attention of the red carpet fashion reporters as well as the internet, who quickly responded with memes about the tiny bag and what it might contain.

Of course there was a Spongebob reference.

And the fan art reimagining Lizzo as the tiny figure dwarfed by a massive bag commenced. 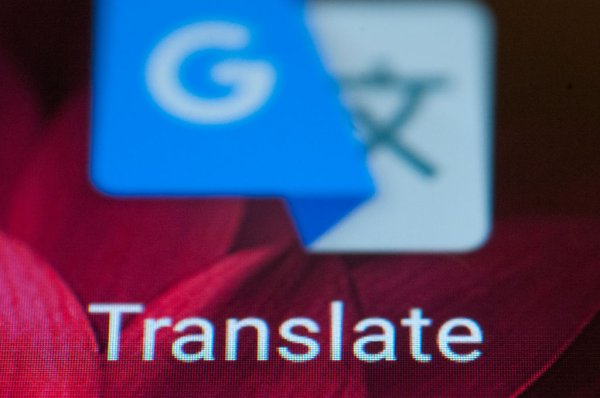 People Are Using Google Translate to Drop Bubble Bursting Truths on Themselves and It's a Thing of Beauty
Next Up: Editor's Pick