It’s that time again: time to figure out what floated to the top of the internet culture heap over the course of 2019, from Keke Palmer‘s and Nancy Pelosi’s big meme moments to the strange phenomenon of Area 51. It was a year of plentiful celebrity appearances and gaffes, and thanks to the rise of TikTok, also a year of plentiful new content from more anonymous sources that underscores the continuing democratization of our online discourse. Our relationship to social media may be complicated, but at least it gives us new ways to communicate and share jokes. This year, they were often all about dealing with, getting over or managing uncertainty — or they were strange celebrity moments or turns of phrase that stood out, even in a glut of content.

So without further ado, here are the best memes of 2019 that dominated, and sometimes defined, the conversation of the year. (Online, at least.)

Marie Kondo has become a household name — thanks to her penchant for helping clean up, well, households. In 2019, her Netflix show debuted and helped further transform the queen of organization into an icon for tidying up homes and lives with calm consistency. The standout moment? A snapshot in which Kondo says “I love mess” (in Japanese, with English subtitles), her glee palpable across languages and screens. Turns out, everyone loves mess online, too — whether that “mess” is referencing gossip, feuds, scandals, frustrations, politics, scams, uncertainties or anything else that is less pristine than Kondo’s tidy, picture-perfect vision of what a life should ideally look like.

This year, we’ve seen debates online get pretty heated, especially when it comes to gun control. Yet the conversation took a comic turn over the “30-50 feral hogs” meme that proliferated on Twitter in August. It all started after country singer Jason Isbell shared his thoughts on the platform: “You know what an assault weapon is, and you know you don’t need one,” he stated. One Twitter user took issue with this argument. “Legit question for rural Americans – How do I kill the 30-50 feral hogs that run into my yard within 3-5 mins while my small kids play?” asked William McNabb. The absurdist-seeming concept of dozens of feral hogs storming a suburban yard instantly became the talk of the online square, and “feral hogs” began to pop into conversation as shorthand for a fairly ridiculous set of circumstances that are beside the point of the argument at hand. (That said, there is a real feral hog problem in America.) Hogs have rarely had such a major moment in the political and cultural spotlight.

Keke Palmer — actress, ABC TV show host and comedian — became an icon of unbothered, accidental brilliance when she hilariously failed to identify Vice President Dick Cheney while taking a lie detector test as a stunt for a Vanity Fair video interview. “Who the hell is…ooh y’all are really testing me on some stuff. I hate to say it, I hope I don’t sound ridiculous. I don’t know who this man is,” Palmer explained on video. “I mean, he could be walking down the street and I wouldn’t know a thing. Sorry to this man.” It’s the perfect diss: a cool shrug that burns in its nonchalance. It might be used to feign ignorance towards those that embarrass us, or to brush past those we’d rather not pay attention to. For Palmer, it helped solidify her place in pop culture as one of our more relatable celebrities.

Matty Roberts may have suggested storming Nevada’s secretive Area 51 as a joke at first, but the Facebook event he created took on a very real life: millions of people RSVPed to “see them aliens” in September. The event evolved into a few music festivals including Alienstock, which took place in Nevada around the projected date of the storming and drew crowds of thousands, transforming a random post into a very real gathering. In the interim, aliens as a subject — and the idea of seeing what was within Area 51 — experienced months of popularity online as people prepared for the extraterrestrial invasion of sorts and made good use of all kind of alien iconography and cartoons in their posts on social media. But the real kicker was that it transcended its digital life to become a true event, proving that online culture does not always have to be so far removed from reality.

Applause has been a hit when it comes to memes, popping up repeatedly as a subject of attention (see: Nicole Kidman). This year it was Speaker of the House Nancy Pelosi who got the meme treatment after she was pictured clapping away at President Donald Trump’s State of the Union address in February. Her move — deemed by many as sarcastic or condescending — was destined for meme greatness to reflect our moments of shade, even though it was just a single frame in an interaction that shows her showing more genuine positivity before and after. (Afterward, Pelosi insisted “it wasn’t sarcastic,” and that she was applauding Trump’s line about rejecting “the politics of revenge, resistance and retribution.”) But regardless of the actual meaning behind the moment, any gesture of Pelosi — one of the most visible politicians — takes on its own significance layered with what we know about who she is and what she stands for. In its ability to so clearly embody disdain, this image has a life and narrative all its own.

Paul Rudd has become one of Hollywood’s most-beloved objects of fan affection; over the years, the low-key actor has become the Internet’s Boyfriend and denied the existence of aging. So when he went on Sean Evans’s “Hot Ones” show to eat progressively spicer (vegetarian) chicken wings — a celebrity tradition, at this point — he was guaranteed plenty of views. But it was a throwaway, off-the-cuff exchange between Rudd and Evans that ended up with the meme treatment, thanks to Rudd’s “aw-shucks” attitude. “Look at us. Hey, look at us,” he says chummily, and it became a clip that the internet could not resist. Not spicy at all: just Rudd at his sweetest. In its way, this meme embodies the warmest, fuzziest sides of internet virality, when we can all band together to appreciate something pleasant. Social media can often be an abrasive place, especially in a year dominated by whiplash-inducing political turbulence. But Rudd’s moment was a reminder that we can find joy online, too.

Kylie Jenner’s tour of her Kylie Cosmetics office is a pretty par-for-the-course celebrity walk-through, á la MTV’s infamous Cribs, but with more focus on commerce than leisure. Until she gets to the end of the tour and opens the door into her daughter Stormi’s playroom (you can jump to 16:19 for the big moment). “Rise and shine,” Jenner sings as she flips on the light, to find Stormi standing in her crib already. (Also notable: a cameraperson was already stationed in the far corner of the room to film the door opening, apparently just waiting in the dark for Jenner’s big reveal.) Suddenly, a standard office tour video birthed a highly meme-able moment; even Ariana Grande reenacted the highly specific melodic delivery Jenner used for the standard phrase. Jenner also capitalized on the hype, applying for a trademark for the phrase and releasing branded merch. Part of the appeal was in Jenner’s distinctive tune; part of it was the surprise that she would sing; and part of it is just that strange alchemy of reality TV and celebrity saturation, which gave her a new claim to fame.

Although this meme — or just an expression, really — can be traced back to an Autocorrected text exchange from 2017, it really took off in 2019, when internet denizens took to using its two, simple words as a tongue-in-cheek evasion of everything: maturity, responsibility, seriousness. Does it make sense? Not always. Does it have to? Not necessarily. The best memes have their own internal logic that’s clear mostly to those who use them and interact with them; it’s more a sense of understanding than something you can make explicit. In any case, “I’m baby” suggested a way to close our eyes to the chaos of reality in a year where chaos reigned, with an added layer of nonsensical comedy.

No meme so fully captures the truism that history will repeat itself than the “Ah sh-t, here we go again” gif that circulated on Twitter this year. A product of 2004’s Grand Theft Auto: San Andreas game for Playstation 2, it’s a clip that sees the main character Carl “CJ” Johnson strutting through hostile territory and preparing for upcoming battle once more. Those that play the game might have a special connection to the character, but in the end it doesn’t matter what you do or who you are; if you’ve ever experienced the frustration of facing a challenge again in the Sisyphean struggle that is life, it’s deeply relatable. It became easy shorthand for those trying to express resignation about the cyclical nature of time — and our limited scope as mere mortals to sway fate. In 2019, that felt more applicable than ever.

We love celebrities. We love stuff. Put it together and you have celebrities as… things. This series of viral comparisons — primarily shared on Twitter — brings together a public figure and a category of thing in strangely effective photo collages. (Example: Ben Affleck as Dunkin Donuts drinks; Tyler, the Creator as Yankee candles; Mariah Carey as whisks.) These meme-style threads provided a welcome moment of calm in the storm of online discourse; it’s hard to argue against color-coded aesthetic comparisons. As for deeper meaning? Sometimes our obsession with celebrities (as evidenced by the number of easily-available photos of each star) speaks for itself. 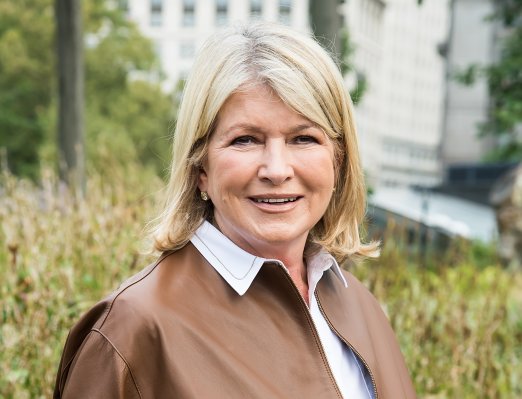 Martha Stewart Gives a Sharp Performance in This Knives Out Video and the Internet Responded Accordingly
Next Up: Editor's Pick