Nicole Kidman Explains Her Weird Clapping at the Oscars At Last

Before the Oscars ended with a surprise twist, the show gifted us a few funny memes. The biggest and best of these, perhaps, was Lion actress Nicole Kidman’s unusual clapping technique. Likened to the motions of a baby seal or the hand gestures of a Grinch or even Edward Scissorhands, Kidman’s open-palmed attempt at applause got viewers scratching their heads to understand why she couldn’t seem to clap like the rest of us.

But in a new radio interview on KIIS FM, Kidman has luckily been able to clear all that up. As it turns out, it was her jewelry that was at fault. She was wearing up to 119 carats worth of Harry Winston diamonds, the Evening Standard reports, including a nearly-14-carat pearl-shaped diamond ring set—not exactly something she’d want to endanger with enthusiastic hand movements.

“I don’t want to not be clapping,” she said about her thought process, fearing people taking it the wrong way. “So therefore I’m clapping, but it was really difficult because I had this huge ring on, which was not my own but was absolutely gorgeous and I was terrified of damaging it.”

She added: “It’s like, is there not more important things to be focused on than the ‘seal clap’?” Good point, Nicole, good point. At least the internet had fun with it. 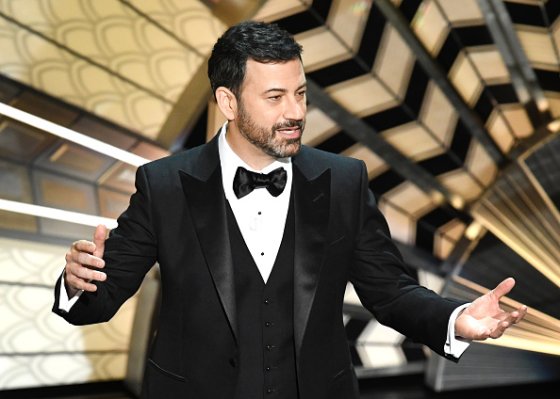 Let Jimmy Kimmel Take You Behind the Scenes to Explain Everything About the Oscars Mix-Up
Next Up: Editor's Pick