Memes are hard to quantify, hard to define, even harder to predict. But for citizens of the online world, they drive and organize conversation. They’re jokes; they’re language; they’re ways to make friends, tell stories and explain (or criticize, or satirize) society. Lucky for us, then, that 2019 has given us no shortage of meme material and plenty of memes that have trended virally, infiltrating the way we communicate and becoming part of our contemporary slang.

Here’s our take on the best memes of 2019 so far, from those associated with celebrities to the viral videos and moments that have sparked so much joy.

In the spring, Twitter started to become populated with threads that showed a popular celebrity compared to a thing in an associated color. (Think: Tyler, The Creator as different Yankee candles.) The “celebrities as things… a thread” meme can be traced back to one user who put together a thread of Beyoncé and sea sponges. One thread, of Ben Affleck and Dunkin Donuts beverages, was particularly popular. Mariah Carey even retweeted a thread of herself and… whisks. It turned out to be one of the more creative (and nonsensical) memes to take over Twitter of the year so far.

Some of you… and it shows

Consider this meme the ultimate sub-tweet. Early in the year, Twitter denizens began to dunk on other users by using the construction “some of you _____, and it shows,” pointing out certain life experiences that set them apart. (Often, it was used to identify particular privileges or very specific phases or sub-cultural trends.) The meme continued apace through the spring, too, with plenty variations catching on.

In late March, one proud son shared a set of photos of his dad, a former pastor named Clint Hayslett, who had decided to take a career pivot. “My dad is 45, pursuing a modeling career, and I’ve never seen him happier. He told me he’s just waiting for a chance to blow up. So, Twitter, meet my dad,” he shared. The tweet rapidly went viral — and Haylsett did indeed blow up, with his son updating that he booked gigs after the tweet’s success. But it had an even bigger impact beyond Hayslett and his family: people began sharing attractive photos of any number of famous people and family members (from Steve Carrell to Lin Manuel Miranda’s dad) who fit the caption, “introducing” them to Twitter. What did he make of all that attention? “I’m wiped out. I’m worn out. I’ve never held my phone for so many hours. It’s very humbling and inspiring,” he told TIME.

“This shot was brilliant and should be shown in any film study class,” one person wrote on Twitter following the Game of Thrones finale episode in May, sharing a photo of Daenerys Targaryen facing her troops after the battle of King’s Landing. Behind her, her dragon Drogon is spreading his wings dramatically in preparation to take flight; it looks as though Daenerys herself has sprouted wings. (The tweet has since been deleted.) In the wake of the episode, everyone latched on to this effusive praise to share their own versions of shots that should be studied in film class — from funny moments on the set of Thrones to other scenes in iconic franchises that don’t quite measure up.

In 2014, a choreographer mom, Willona Za’Vier, and her two sons Aspect and Dexter, recorded a video of the trio dancing in a circle, their moves perfectly synchronized. According to Buzzfeed, originally they were dancing to a song called “Drop” by Freco and Merloa. But in 2017, after the video had morphed into a Vine, it was shared on Twitter and set to the One Direction song “Act My Age.” It was a hit, and Twitter ran away with it, captioning it with all kinds of funny descriptions about people, characters or things banding together to celebrate.

In April, researchers with the Event Horizon Telescope team announced they had successfully constructed the first image of a black hole. The photo — of an expanse of blackness, lit by a circular, orange, slightly blurry ring — was widely circulated online with excitement. And then, the inevitable: the memes.

Who knows what it means? Who cares? When sometimes life seems overwhelming, and being a grown-up is getting you down, the internet has an answer: just say “I’m baby.” (That said, KnowYourMeme traces the phrase’s roots back to an AutoCorrect of a text message between a mother and daughter in 2017, although its popularity as a meme didn’t really take off until this year.)

Leave it to Archie Comics to capitalize on royal baby mania when Meghan Markle’s first son was born.

Marie Kondo is the undisputed queen of tidying up — she literally wrote the book on it, and the joy it sparks. After the Japanese cleanliness guru’s show debuted on Netflix, viewers were drawn to her calm, methodical approach to cleaning up people’s homes (and, thereby, lives). But one line from the show, which shows Kondo saying “I love mess” in Japanese with English subtitles, has taken on a life of its own as a meme. After all, who doesn’t love a little mess — in the form of online drama, anyway?

Way back in 2004, the Playstation 2 video game Grand Theft Auto: San Andreas opens with a scene of main character Carl “CJ” Johnson walking through hostile territory. Strutting down a dusty road, he proclaims: “Ah sh-t, here we go again.” Cut to today, when this scene has resurfaced as a much-used GIF to describe exasperation and frustration. History repeats itself, and CJ is everyone’s avatar in that moment.

In the second episode of the eighth season of Game of Thrones, Daenerys Targaryen has a private sit-down chat with Sansa Stark to see if they can get over their differences. (Mainly, Sansa doesn’t want to bend the knee to Queen Daenerys; Dany, for her part, will not take no for an answer.) It’s a battle of wills that see the two find some common ground in their shared love of Jon Snow, but towards the end of the talk, it’s clear they have irreconcilable differences. At one point, a shot of actress Emilia Clarke shows her in a clenched-lip smize — the kind of patronizing look we deliver when we’re trying to be nice, but struggling. Naturally, it’s a relatable meme. Thrones may be over, but the memes live on.

Leave it to Keke Palmer to turn a casual lie detector test stunt with Vanity Fair into a bona fide viral meme, after the actress and show host failed to identify a photo of former Vice President Dick Cheney. It wasn’t that she couldn’t recognize Cheney; it was the way she laid out her apology with distinctive flair in the video, which was published in September. “Who the hell is…ooh y’all are really testing me on some stuff. I hate to say it, I hope I don’t sound ridiculous. I don’t know who this man is,” Palmer explained on video. “I mean, he could be walking down the street and I wouldn’t know a thing. Sorry to this man.” People snapped up that final phrase and have used it ever since as a diss to supposedly notable figures that don’t warrant further consideration. 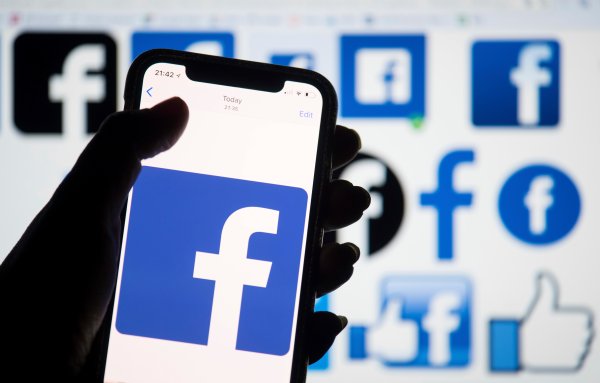