The instantly-famous Popeyes Chicken Sandwich has managed to make quite a stir out of a humble dish. Partly it is lore: after Popeyes debuted the menu item August, it promptly sold out and inspired a viral, supportive fervor online, exceeding even the most popular of Starbucks seasonal drink releases. (As for other fast food launches of late — Chick-fil-A who?) And partly it is decadence: we generally think of fast food as quick, affordable, greasy and often underwhelming. But this sandwich, while it will be served up quickly and cheaply at just $3.99 a pop, is not at all greasy or underwhelming. You know what you’re getting into with a fried chicken sandwich; there will be a squishy bun, some crunchy, salty fried chicken and hopefully something tangy — pickles or a sauce — to balance out all that umami with a little bit of bite. How Popeyes took that simple combination and turned it into a craze is one of the twists of 2019.

On Sunday, Popeyes brought back their sandwich to franchises nationwide to the great relief of its legion of salivating fans, and on Monday evening TIME stopped by a special taste test event to give the sandwich a try, in both the spicy and classic flavors. Also present at the tasting: Popeyes’ Head Chef Amy Alarcon, along with Popeyes’ President of Americas, Felipe Athayde, and Head of Marketing North America, Bruno Cardinali. As a gaggle of reporters awaited our fresh sandwiches, the Popeyes team mingled happily. After all, it’s not every day that a corporation comes up with a winning product that has garnered pretty much universal acclaim; even the New Yorker gave it a head nod. But was the sandwich really worth all that press? We put it to the test. And on close inspection, we decided it really does hold up. (That said, if the long lines continue, you may want to just hop over to Shake Shack or Wendy’s, which have perfectly good options, too.)

First off, you need to know that the sandwich is big. It’s larger than your typical fast food burger, measuring five or more inches in diameter, with heft and height. At first glance it may not look like much, however, since it’s pretty much monochromatic; the orange-y bun, shiny and soft, blends in with the crispy golden brown exterior of the fried chicken within, while maybe a few green pickles and a smudge of sauce peeks out.

Then you smell it: warm and floury (and, if you opt for the spicy version, with a hint of something more). You’ll be happy to know that although the sandwich is substantial, it’s the optimal height to bite into without difficulty. What’s most surprising was how much, well, chicken is in the chicken sandwich. You can taste not just the satisfyingly crunchy fried exterior but also the white meat within, fragrant and tender enough to bite through every time. The spicy version leaves a warm thrill behind — it’s not hot, per se, but it is noticeably warm — while the classic is sweeter, and particularly balanced by the pickles.

Ultimately, it’s a simple sandwich; there are only four ingredients. Plus, the sandwich fits in to both the broader tradition of fried chicken — a beloved comfort food around the country — and the specific traditions and flavor profiles of Popeyes itself. “When you talk about the Popeyes sandwich, I call it the best version of ourselves,” Alarcon told TIME, thanks to the fact it pulls from its other popular dishes in flavoring this tone, too. “The bread, the way we buttered the bun with the same topping we use on our biscuits, the seasonings — are [all] consistent with everything else we do. It’s that perfect piece of Popeyes.”

For now, Popeyes is prepared to serve as many sandwiches as eaters can order, especially while the hype lasts. “It’s a moment. We know,” Alarcon admitted. But what really matters? “The best thing anyone says when they try the sandwich for the first time is nothing. Because you’re too busy eating it! The sound of silence for a moment is the best response,” she said. 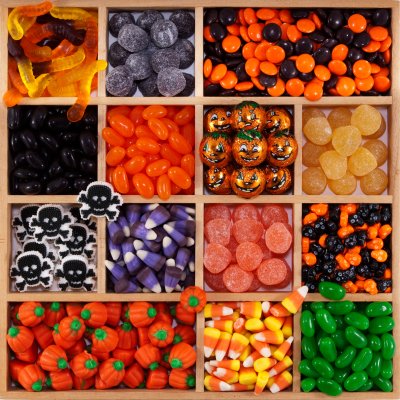 Not All Candy is Created Equal — At Least for Tax Purposes
Next Up: Editor's Pick