When Popeyes debuted its chicken sandwich in August, there were lines out the door resulting in a nationwide shortage of the sandwich and hangry customers. The sandwich sold out across the country in just two weeks, creating more demand and even hangrier customers. While Popeyes just brought the sandwich back, the lines will undoubtedly be just as long once the world hears about the sandwiches’ purported healing powers.

The Houston Texans quarterback was kicked in the eye during a game against the Oakland Raiders last week and some fans were surprised to see him back in action so soon. When a reporter asked Watson about his quick recovery, helping the Texans beat the Jacksonville Jaguars, Watson gave a shout-out not to his doctor or the team’s medical staff, but to a sandwich.

“I’ll tell you what the key was — the Popeyes spicy chicken sandwiches that I ate this week, that helped the eye,” Watson told SportsCenter.

While Watson admits that he “shouldn’t be eating fast food” while in training, he can’t help it. “I love it, so I don’t know, it just kind of, we got ties, shout out to Popeyes,” Watson said, per ABC 13.

No word yet whether Popeyes will use the supposed healing magic of its chicken sandwich to further needle its competitors, including Chick-Fil-A, on Twitter. 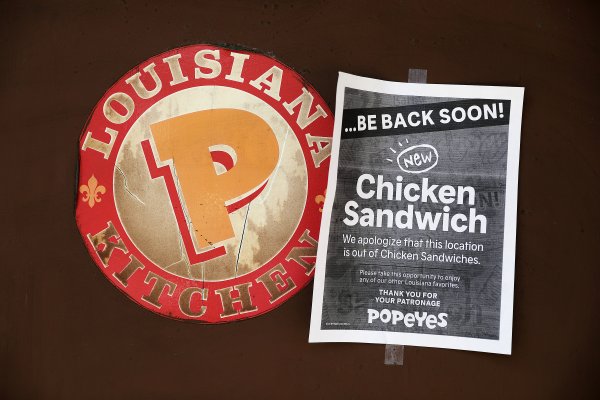 Popeyes Chicken Sandwich Is Coming Back
Next Up: Editor's Pick