Watch out Pumpkin Spice Lattes! There’s a new pumpkin drink in town — or at least at Starbucks.

As of Aug. 27, Starbucks will be selling the Pumpkin Cream Cold Brew, the first new pumpkin coffee drink the java giant has introduced since launching the PSL in 2003. That’s a whole 16 years where pumpkin coffee lovers only had one autumnal option to choose from on the Starbucks menu.

Made with cold brew layered over a vanilla base and topped with pumpkin cream cold foam and a dusting of pumpkin spice, the Pumpkin Cream Cold Brew apparently packs much less of a sweet punch than the Pumpkin Spice Latte. It’s the perfect choice for coffee drinkers who are craving that pumpkin spice kick but still want to be able to actually taste the brew in their drink.

Unfortunately, unlike with the PSL, Starbucks isn’t able to make the Pumpkin Cream Cold Brew with dairy-free milks like almond and soy, which means anyone with an intolerance to lactose is better off steering clear. 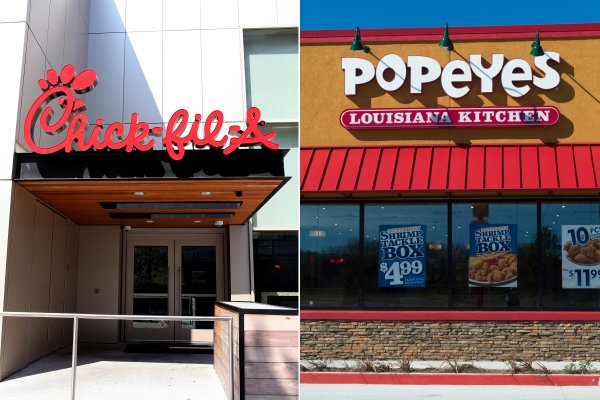 The Popeyes vs. Chick-fil-A Memes Are the True Sandwich Battle Winners
Next Up: Editor's Pick