For Kylie Jenner‘s daughter Stormi Webster, Halloween costume inspiration was a family matter. The tiny tot went meta by adorably dressing in a miniature replica of her mother’s glamorous gown for this year’s Met Gala.

Ahead of Halloween festivities, Stormi, Jenner’s 1-year-old daughter with rapper Travis Scott, wore a near-identical (albeit much smaller) copy of her mother’s sparkle-encrusted and lavender feather-trimmed Versace dress for the 2019, camp-themed Met Gala. The dress, which was widely believed to be inspired by Lil’ Kim’s notorious breast-baring Misa Hylton jumpsuit for the 1999 MTV VMAs, was accessorized by Jenner with a long lavender wig and a sparkling silver purse, two accessories that Stormi also sported.

Proud mama Kylie shared a sweet photo of Stormi on her Instagram account, captioning it simply: “My baby!!!!!!!! I cant handle this!!!!” along with a multiplicity of purple heart emojis.

See Stormi’s Halloween costume in all its Kylie-inspired Met Gala glory below. 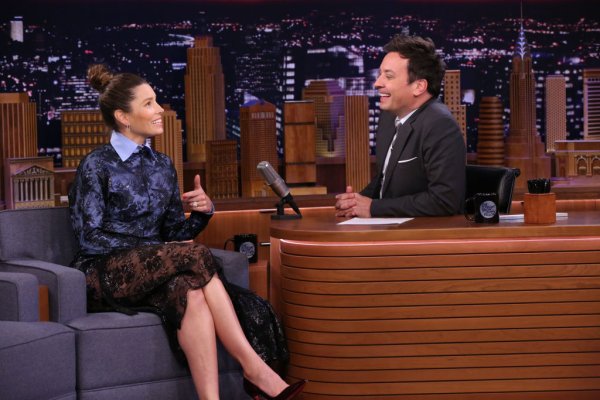 Jessica Biel Admits She Was the Opposite of an NSYNC Fangirl
Next Up: Editor's Pick