Kylie Jenner recently debuted a video of her showing off her office space, but a sweet moment shared with her daughter Stormi has stunned social media.

In a clip from the video that went viral on Twitter, the reality tv starlet is seen singing “rise and shine” with startlingly good pitch to wake up Stormi, her toddler daughter with rapper Travis Scott.

While this isn’t the first time that fans have seen Jenner singing (she’s often spotted singing on her social media channels and she’s often adjacent to many high-profile musical artists), her short musical moment was one of her showier vocals to date. Additionally, many of her followers believed that she was the secret frontwoman for pop group Terror Jr. (This was debunked.)

As might be expected, Twitter had lots of thoughts about Jenner’s singing and weighed in accordingly, with some calling Jenner, “a vocalist” and others noting that it would be the way they’d like to be woken up in the morning.

One person even noted that they wanted the “Rise and Shine” soundbite as their alarm in the morning.

Lucky for them, another user made this wish a reality.

Kylie even earned the approval of pop princess Ariana Grande, who took to social media to ask her if she could sample the clip.

Watch Kylie sing to Stormi and give her full office tour below.

It even got the dub step remix treatment.

As for Stormi, she prefers Travis Scott’s music. 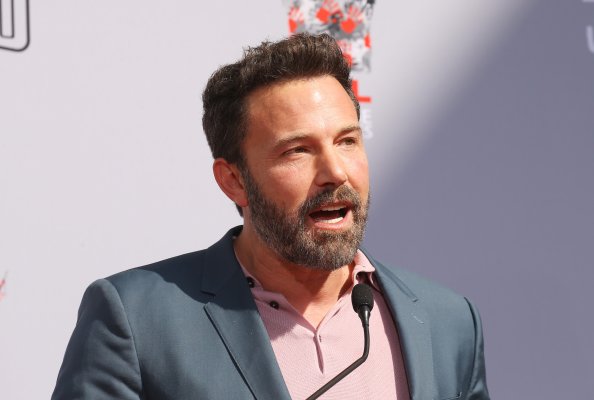 Ben Affleck Only Made a Cameo in This Movie Because Snoop Dogg Turned the Opportunity Down for a Great Reason
Next Up: Editor's Pick