It’s actually really easy to hide during a couple’s proposal — all you need to do is dress as a bush among nearby forestry and you’ll see it all go down.

Take advice from Therese Merkel (not to be confused with Chancellor of Germany Angela Merkel), whose expedition allowed her to witness her sister’s engagement at Picnic Point in Madison, Wisconsin. This creative icon shared photos of the event on Twitter on Sept. 23.

“Sister got engaged this weekend,” she said, “and I dressed as a bush in the wilderness to watch/capture the moment.” What are sisters for, if not to over-costume oneself for a proposal?

In an interview with TIME on Tuesday morning, Merkel said she hatched the plan with her soon-to-be brother-in-law, Andrew Philibeck. While there was a separate photographer on-site, Merkel filmed the proposal from within her costume. “I was a little concerned about ruining the whole romance vibe,” she tells TIME, but once she and the photographer revealed themselves to sister Rachel Merkel, chants of “she said yes!” abounded, and vibes remained romantic. “I was just like fist pumping like a woolly mammoth.”

As for whether she was surprised, Rachel Merkel said it’s just par for the course for their family. “My sister popping out was like the best thing, next to Andrew proposing,” she says.

The tweet has more than 100,000 likes, so their ingenuity has clearly been celebrated far and wide. Some people were so inspired by her heroic act that they, too, wanted a costumed relative at their future engagement. “If no one does this for me I’ll be sad,” wrote one user.

Merkel is even leveraging her notoriety by aiming to get noticed by The Ellen Show and Lil Nas X. “Willing to dress up as a plant prop on stage if you’re low on seats,” she said, tagging Ellen DeGeneres‘s program.

She also inquired about getting Rachael Ray cookware, because we can’t all start a wedding registry. 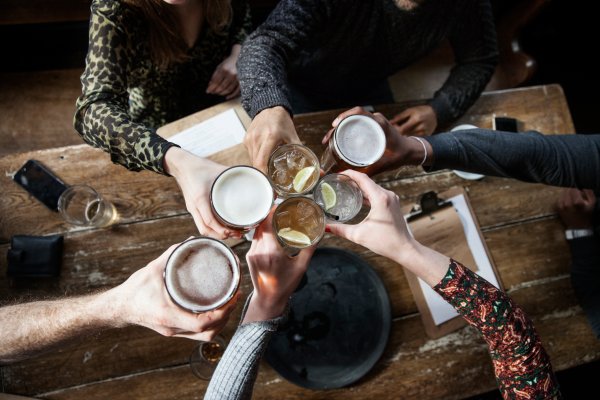