(Bloomberg) — Chancellor Angela Merkel took President Donald Trump to task before an audience of senior security officials in Munich, calling his administration’s suggestion that European autos are a threat to U.S. national security a “shock.”

In a pointed defense of multilateral institutions ahead of a speech by U.S. Vice President Mike Pence at the Munich Security Conference, the German leader called for global trade and cooperation. The biggest BMW plant is in South Carolina, she said, not in the carmaker’s homeland of Bavaria in southern Germany.

“Look, we’re proud of our cars,” Merkel said Saturday. “We’re allowed to be. And these cars are built in the United States of America.”

“If these cars, which are no less a threat than those built in Bavaria, are suddenly a national security threat to the U.S., then that’s a shock to us,” Merkel said, to loud applause.

Still, Germany would be hurt by sanctions, according to data released Friday by the IFO Institute’s Center for International Economics.

Exports from other sectors and to other countries would compensate these effects slightly, so that the total loss of exports would amount to about 11.6 billion euros, it said. 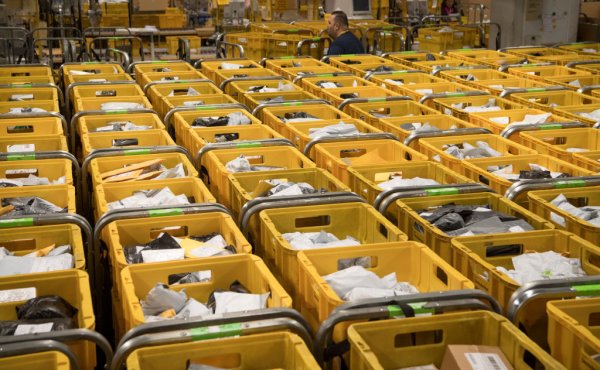 German Post Offices Will Start Digitizing Mail on Request
Next Up: Editor's Pick