Democrats Launched an Impeachment Inquiry Into President Trump. Here's What That Means

Speaker Nancy Pelosi announced Tuesday that the House of Representatives will open an impeachment inquiry into President Donald Trump. While it’s unclear how it will change the Democrats’ current investigative work, it undoubtedly marks a new phase in these probes.

Pelosi’s announcement follows a whistleblower complaint that President Trump pressured the President of Ukraine to investigate former Vice President Joe Biden’s son days after freezing $400 million in aid designated for the country. Trump has admitted that he spoke with Ukrainian President Volodymyr Zelensky over the phone about Biden’s son as an example of corruption, but has denied behaving inappropriately. On Tuesday, the White House released a summary of Trump’s July phone call with his Ukrainian counterpart.

The Speaker’s news of an impeachment inquiry is not the same thing as impeachment, but could ultimately lead the House down that road. It is also no guarantee there will be an impeachment vote. Here’s what Pelosi’s announcement actually means.

What is an impeachment inquiry?

An impeachment inquiry is the House Judiciary Committee’s investigation into whether there’s enough evidence for an impeachment case against a federal official to go forward. Members of the committee must decide whether to write articles of impeachment and present them to the rest of the House for a vote on impeachment.

Impeachment is the first stage of a two-part process enshrined in the Constitution for prosecuting and removing a President or other federal official from office for bribery, treason or other “high crimes and misdemeanors.” The House of Representatives has the power to impeach by passing what is known as “articles of impeachment.” However, it’s up to the Senate to ultimately remove the President or other official from office after holding a trial.

Impeachment is not a legal trial, but a political trial, which is designed to enable officials to be punished for “special kinds of crime only people in office could commit,” according to Michael Gerhardt, a University of North Carolina constitutional law professor.

Only two Presidents have ever been impeached: Andrew Johnson and Bill Clinton. However, neither was ultimately removed from office by the Senate.

When the House was considering impeaching Nixon and Clinton, the full House passed a resolution for an impeachment inquiry to begin, and the Speaker referred the process to the judiciary. However, it’s ambiguous whether Pelosi’s announcement Tuesday was necessary, because starting the inquiry this way is a new precedent, and not part of the Constitution stipulations. Instead, this July members of the House Judiciary Committee said that they have already begun to consider passing articles of impeachment and that they are in an inquiry.

What does the Constitution say about impeachment?

The Constitution says that the House holds the power of impeachment, while the Senate has the “sole power” to conduct the impeachment trial and remove the President or other federal official from office.

It also lays out three reasons for impeaching a President or other official: “treason, bribery, or other high crimes and misdemeanors.”

However, the Constitution doesn’t say much beyond that, including explaining what “high crimes and misdemeanors” means or setting a standard of proof (such as “beyond reasonable doubt,” as in a criminal proceeding).

Impeachment proceedings are an ambiguous part of American law. As the Constitution does not go into detail about how the procedure should work, lawmakers must rely on precedents set out by previous impeachments for guidance. However, following precedent has limitations of its own, because there have been very few impeachments in American history and only two Presidents have ever been impeached. This reliance on precedence also means that lawmakers have more room for reinterpreting the law.

How does the impeachment process work?

The impeachment process begins in the House of Representatives and proceedings can begin in two ways: by a member of the House requesting that the process begin or by the entire House passing a resolution.

Next, the Speaker of the House refers the process to the House Judiciary Committee, which must decide if there’s sufficient grounds for the case to go forward. The committee then drafts a document known as the “articles of impeachment,” and holds a vote on whether to send them to the floor of the House.

Finally, the articles are considered by the rest of the House, which can vote by a simple majority to impeach.

What is the Senate’s role if the House impeaches?

After a President or other official is impeached, the Senate holds a trial to determine whether the impeached President or other official is guilty of the charges in the articles of impeachment. The House sends “managers,” who have been chosen by resolution or appointed to the Senate, to act as prosecutors and make the case for impeachment, while the Senate serves a purpose similar to the jury.

A two-thirds Senate majority is necessary to convict the official, and to remove them from office. If federal officials who are not the President are being tried, the Vice President would preside over the trial, but if a President is being tried, the Chief Justice of the Supreme Court presides.

Is the Senate obligated to hold a trial?

Despite speculation that Majority Leader Mitch McConnell could try to block an impeachment trial in the Senate if Trump is impeached, Senate rules prohibit this, according to information provided Sept. 28 by a GOP Senate leadership aide.

The aide cited a 1986 memo by then-Parliamentarian Robert B. Dove, which said the Senate “must immediately” inform the House that the Senate is ready to receive the House managers to prosecute the case. The Senate trial needs to take place at 1 p.m. every day (expect for Sundays) until the Senate releases a final judgement, according to the memo.

Where does the House currently stand?

For months, Pelosi has been reluctant to declare that the House is beginning an impeachment inquiry. However, that has shifted since the whistleblower allegations emerged. In the past few days, more House Democrats have come out in favor of impeachment and others have said that they would support an investigation into the President’s conduct. On Monday, seven moderate freshman Democrats published an op-ed in the Washington Post declaring that if the allegations against the President are proven true, they constitute an “impeachable offense.”

However, a lawmaker told TIME that Pelosi acknowledged that formally declaring the investigation an impeachment inquiry “doesn’t change much from what is already going on,” as lawmakers had already begun investigating the President’s conduct.

Congressional Democrats are also demanding the release of the whistleblower complaint that officials say an intelligence officer filed on the July phone call.

The House Judiciary Committee must decide whether the to-be-released transcript and other evidence, like the full details of the whistleblower’s complaint, provides enough grounds to pursue a punishment laid out in the U.S. Constitution: impeachment.

Republicans have argued that Democrats have been waiting for an excuse to impeach the President since he was elected.

Senate Majority Leader Mitch McConnell said in a statement on Tuesday that Democrats wish to “reverse” the 2016 election.

“The result has been a two-and-a-half-year impeachment parade in search of a rationale. When investigations by Special Counsel Mueller and the Senate Select Committee on Intelligence deflated their breathless accusations of a campaign conspiracy with Russia, Democrats have simply shifted to new arguments for their predetermined conclusion,” McConnell’s statement said.

Can the Supreme Court overrule a Senate conviction?

President Donald Trump has said that if he is impeached, he would challenge the decision in the Supreme Court. However, there is not a basis for this in the Constitution, and the Court has previously ruled that it does not have that power.

The framers of the Constitution considered whether impeachment proceedings should go before the Supreme Court, but ultimately decided against it as there are so few judges, who are appointed by the President, and because impeachment essentially a political process, which elected representatives should control.

The Supreme Court has also weighed in on impeachment, ruling in 1993 that the legitimacy of an impeachment is a “political question” and should be the domain of Congress. 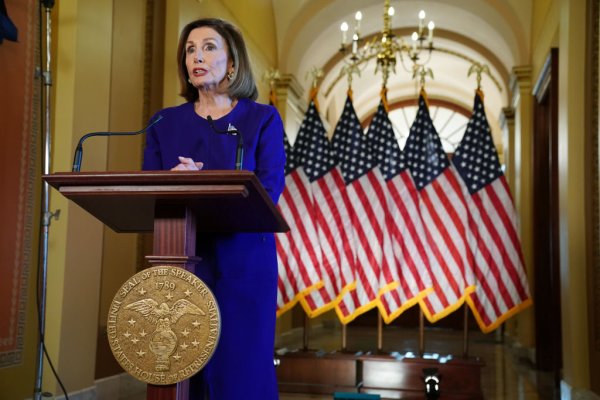