What to Know About the U.S. Presidents Who’ve Been Impeached

Impeachment is very rare in the U.S.’s nearly 250 years of history, and none of the three men to have faced it — Presidents Bill Clinton, Andrew Johnson and Donald Trump — have been removed from office. (However, after Clinton and Johnson were impeached, both of their parties lost the next Presidential election.)

To be impeached, a President or other federal official must have committed one of the violations described by the Constitution as “treason, bribery, or other high crimes and misdemeanors.” But history shows that if a President is to be impeached, the biggest factor may be political will — whether members of a President’s own party are willing to turn against him, and whether enough members of Congress believe that trying to remove the President is worth the risk of losing popular support.

Impeachment alone isn’t the only step to take a President out of office, but is actually the first part of a two-pronged process. To impeach an official, the House of Representatives must pass articles of impeachment, which formally accuse the President of misbehavior. Once the House votes to impeach, the Senate must hold a trial to decide if the President should be removed from office.

Here’s what you need to know about the Presidents who have been impeached — and why they stayed in office.

Why was Johnson impeached?

The aftermath of the Civil War set the stage for the first impeachment of a U.S. President. After President Abraham Lincoln’s death, he was succeeded by his Vice President, Andrew Johnson.

Johnson was a pro-Union Democrat who had refused to secede from the Union along with his state, Tennessee, during the war. However, he was also a racist who favored a lenient approach to Reconstruction, the process of bringing the states of the Confederacy back into the nation. He clashed with Congress throughout his term, vetoing bills he felt were too harsh on the South — including the Freedmen’s Bureau Acts, which gave displaced southerners, including African Americans, access to food, shelter, medical aid and land.

This approach put him at odds with Congress. The final straw came when he replaced Secretary of War Edwin Stanton, a Lincoln appointee who sided with the Radical Republicans, a faction of the party that favored enfranchisement and civil rights for freed African Americans.

Congress produced 11 articles of impeachment, which alleged that Johnson had violated the Tenure of Office Act — a law intended to limit presidential power to remove federal appointees from office — and had found a replacement without consulting the Senate. Johnson was impeached by a two-thirds super majority of the House, and the case moved to the Senate for trial. Years later, the Supreme Court determined that the act was unconstitutional.

Why wasn’t Johnson removed from office?

When he was tried in the Senate, Johnson ultimately held onto his presidency by a single vote, after seven Republicans decided to vote with Senate Democrats to keep him in office.

Johnson’s defense argued that he hadn’t appointed Secretary of War Stanton in the first place, which meant that he wasn’t violating the Tenure of Office Act. They also claimed that Johnson intended to push the Act before the Supreme Court. Historian Hans L. Trefousse argues that the Senators who voted against removal decided that Johnson was being pushed out of office for political reasons: “[The] weakness of the case… convinced many that the charges were largely political, and that the violation of the Tenure of Office Act constituted neither a crime nor a violation of the Constitution but merely a pretext for Johnson’s opponents.”

This result set a major precedent for future presidential impeachments: that Presidents shouldn’t be impeached for political reasons, but only if they commit, as the Constitution stipulates, “treason, bribery or other high crimes and misdemeanors.”

As one of the defecting Republicans, Senator James Grimes, said, “I cannot agree to destroy the harmonious working of the Constitution for the sake of getting rid of an Unacceptable President.”

Why was Clinton impeached?

Like Johnson, President Bill Clinton had stirred up a lot of anger in Congress. After his affair with former White House intern Monica Lewinsky became public in January 1998, Clinton at first adamantly denied to federal investigators — and the public — having had “sexual relations” with her.

The articles of impeachment alleged that Clinton had perjured himself by lying to investigators about his relationship with Lewinsky. They also said that he had obstructed justice by encouraging White House staff to deny the affair.

Why wasn’t Clinton removed from office?

The outcome of Clinton’s trial reinforced the precedent that Presidents should only be removed from office only in limited circumstances. While many Senators agreed that Clinton had behaved badly, they ultimately decided that his misconduct wasn’t at the level of “high crimes and misdemeanors.”

Michael Gerhardt, a University of North Carolina professor who specializes in constitutional law, said, “A lot of these people found that there was misconduct, but there wasn’t enough to impeach him.”

Susan Collins, a Republican who ultimately voted against conviction, said in a statement that she didn’t believe that Clinton had committed a crime, but that he had behaved badly. “In voting to acquit the President, I do so with grave misgivings for I do not mean in any way to exonerate this man,” Collins said.

Experts say that the effort to remove Clinton from office was doomed because public opinion turned against removing Clinton from office. In fact, Clinton’s job-approval rating peaked during the week of the impeachment, according to Gallup.

Why was Trump impeached?

President Donald Trump was impeached on Dec. 18, 2019, on two charges: abuse of power and obstruction of Congress.

The two charges against the President — abuse of power and obstruction of Congress — stem from a July 25 phone call with the President of Ukraine, Volodymyr Zelensky. The content of the call first came to national attention after a whistleblower filed a report expressing concern that Trump had pushed Ukraine to investigate an energy company for which the son of his political rival, former Vice President Joe Biden, sat on the board. At around that time, the Trump administration also withheld military aid from Ukraine, and Ukraine was working to secure a meeting between Zelensky and Trump.

Testimony by current and former U.S. government officials in Fall 2019 fleshed out a narrative about how officials affiliated with the Trump Administration — including his personal lawyer Rudy Giuliani and E.U. ambassador Gordon Sondland — urged Ukraine to conduct that investigation, as well as one into the debunked theory that Ukraine interfered in the 2016 election.

The Democrat-led House Judiciary Committee, in outlining its case against the President, said that Trump had “betrayed the nation by abusing his high office to enlist a foreign power in corrupting democratic elections,” and tried to interfere with Congress’ Constitutionally protected power to impeach a President.

The legislators also argue that Trump’s misconduct continued during the impeachment inquiry. They allege that he attempted to interfere with the investigation by ordering Executive Branch officials not to comply with Congressional subpoenas for testimony and documents.

According to the articles of impeachment approved by Congress, these charges fall under the “high crimes and misdemeanors” provision of impeachment power—which, many constitutional experts say, is not necessarily about breaking the law, but rather about having violated the public trust.

Why wasn’t Trump removed from office?

On Feb. 5, 2020, Trump became the third president in U.S. history to be impeached by the House and then acquitted by the Senate. His acquittal came on a near party-line vote, reinforcing divisions at the end of a bitterly partisan process. The Senate voted 52-48 to acquit Trump on abuse of power and 53-47 to acquit him on obstruction of Congress; Sen. Mitt Romney, a Republican from Utah, was the only senator of either party to break ranks, voting to convict Trump on the abuse of power charge.

Many of the Republican senators who voted to acquit Trump said the final verdict should be left up to the voters at the ballot box in 2020. It’s still an open question whether the impeachment process will help or hurt Trump at the polls. Trump and some of his associates say that impeachment could benefit him politically by mobilizing his base, while others have argued that the proceedings will contribute to the aura of chaos around his administration. Tad Devine, a strategist for Al Gore, previously told the LA Times that he believes that, although many people think Bill Clinton’s impeachment helped the Democrats, it actually boosted Republicans into the White House.

“It allowed George W. Bush to promise that he would restore honor and dignity to the White House — and it worked,” Devine said.

Immediately after the acquittal, Trump’s campaign was projecting extreme confidence. “Since the President’s campaign only got bigger and stronger as a result of this nonsense,” Trump’s campaign manager Brad Parscale said in a statement after the conclusion of the trial, “this impeachment hoax will go down as the worst miscalculation in American political history.”

A demonstration outside the White House in support of the impeachment of President Richard Nixon (1913 - 1994) following the Watergate revelations.
MPI—Getty Images

Given that only three presidents have ever been impeached, more of them have faced Congressional calls for impeachment than one might expect.

The first President the House of Representatives moved to impeach was John Tyler. After succeeding President William Henry Harrison, who died after just one month in office, Tyler vetoed legislation backed by his own Whig Party and that Harrison had promised to support. The Whigs kicked Tyler out of their party, and the House received a petition for a resolution asking him to resign or else face the possibility of impeachment. Yet Congress ultimately didn’t pursue an impeachment.

The President best known for coming to the brink of impeachment — but not actually getting impeached — was Richard Nixon. During the Watergate scandal, the House Judiciary Committee filed three articles of impeachment against the President for “high crimes and misdemeanors.” However, Nixon resigned his office on Aug. 9, 1974, before the impeachment could move forward.

In recent American history, Presidents from Herbert Hoover to Barack Obama have faced discussion, ranging from credible to dubious and politically charged, of their impeachment. And even at moments of great popularity, all Presidents will know, in the back of their minds, that impeachments are, however rare, a possibility — which is just what the Constitution’s framers intended.

“A good magistrate will not fear them,” said Elbridge Gerry of impeachments, at the Constitutional Convention. “A bad one ought to be kept in fear of them.” 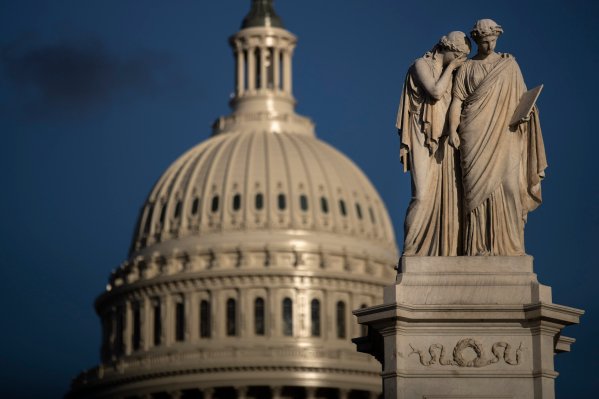 American History Has Some Lessons for the Next Phase of the Mueller Investigation
Next Up: Editor's Pick