That leaves 19 candidates left in the race.

“Getting out there, being able to hear people’s concerns [and] address them with new ideas has been an extraordinary experience. But I have to tell you, at the same time I feel I have contributed all I can to this primary election, and it’s clearly not my time,” de Blasio said during his appearance on Morning Joe.

“So I’m going to end my presidential campaign, continue my work as Mayor of New York City and I’m going to keep speaking up for working people.”

Mayor of New York City since 2014, de Blasio announced his presidential campaign in May and was largely seen as a long-shot in the crowded field of Democratic candidates. He did not qualify for the third Democratic debate in September and looked unlikely to qualify for the fourth.

Despite attempts to tout himself and his past achievements as mayor and his progressive credentials, his campaign failed to resonate with voters, polling at less than 1% as a first-choice candidate in a NBC/Wall Street Journal poll between Sept. 13 and 15. 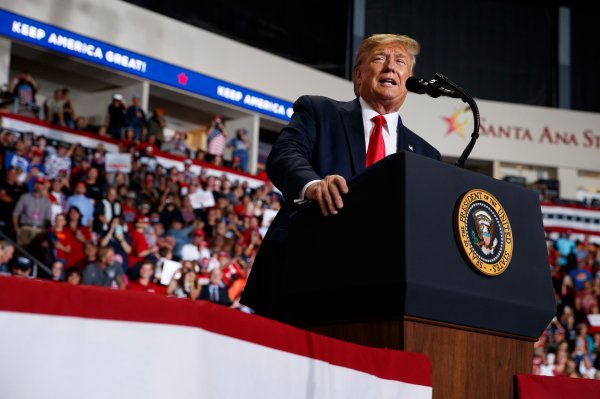 Trump Plans to Win New Mexico. Supporters Are Unsure
Next Up: Editor's Pick