Bill de Blasio Tried His Hand at Spanish. He Ended Up in Hot Agua

The Spanish phrase, which means “Until victory, always!” is a well-known saying of Guevara, who helped Fidel Castro take power during the 1959 Cuban Revolution.

De Blasio’s use of the phrase did not land well in Miami. Democratic Florida state Sen. Annette Taddeo said she was “utterly disgusted” in a tweet. “This is completely unacceptable,” she wrote.

De Blasio did apologize on Thursday, saying he wasn’t aware of the barbed history behind the phrase.

Speaking on CNN Thursday afternoon, de Blasio issued another apology. “I do apologize because I didn’t understand the context,” he said. “I literally understood it as a Spanish translation.” 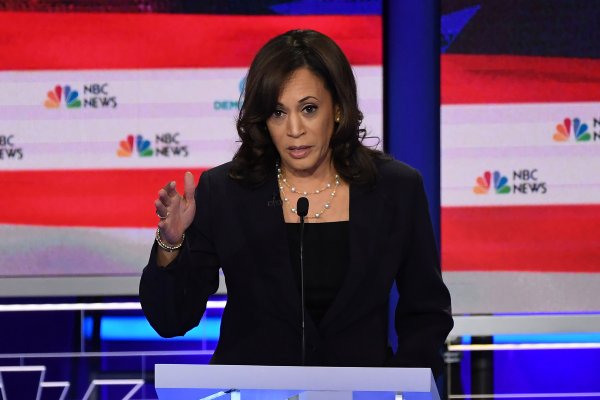 All of the Highlights From Thursday's Debate
Next Up: Editor's Pick