Far-Right Terrorism Is the Fastest Growing Threat to the U.K., Police Say

People stop to read some of the messages of support and love for the Muslim community near Finsbury Mosque on June 20, 2017 in London. A man was held on suspicion of attempted murder and alleged terror offenses after a group of Muslims were hit by a van in Finsbury Park.
Leon Neal—Getty Images
By Billy Perrigo

Seven of the 22 terrorist plots to cause widespread loss of life in the U.K. since March 2017 came from people with extreme right-wing ideologies, said Neil Basu, the assistant commissioner to the Metropolitan Police in charge of counterterrorism.

Basu told journalists his unit had seen “significant increases” in far-right terrorism. “When nearly a third of the plots foiled by police and security services since 2017 relate to right-wing ideology, it lays bare why we are taking this threat so seriously,” he said.

“Together, we are bringing the full might of the U.K. [counterterrorism] machine to bear against those extremists of any ideology who wish to do us harm or incite violence,” he added.

Unlike in the U.S., where guns are far more widely available, far right terrorists in the U.K. have not yet succeeded in carrying out a mass-casualty attack. But in 2016, the Labour Party lawmaker Jo Cox was attacked and killed by a rightwing extremist who shouted “Britain first” after shooting and stabbing her on the street in the run-up to the Brexit referendum. And in June 2017, a far-right attacker drove a van into a crowd of people outside a mosque in London, resulting in one death.

But the response of U.K. law enforcement has been more robust. After the El Paso attack in August, when a man opened fire in a Walmart in the border city killing 22 people, U.S. officials complained to TIME that the White House had ignored FBI warnings of a rise in right-wing terrorism, and that attempts to direct more federal spending toward the issue had been thwarted. President Donald Trump has been criticized for comments seen as emboldening white nationalist extremists, and for not doing enough to make tackling white nationalism a priority.

Far-right and white nationalist extremism is on the rise globally. In March, a gunman live-streamed an attack on two mosques in Christchurch, New Zealand, leaving 51 people dead.

The gunman posted a hate-filled “manifesto” online justifying his actions, and experts say social media has encouraged a copycat effect. The El Paso attacker posted a similar “manifesto” online, crediting the Christchurch shooter with his inspiration.

“This rise in far right extremism and terrorism is not unique to the U.K.,” a spokesperson for the U.K.’s counter-terror police told TIME. “We have seen groups and individuals in other countries communicating with individuals here.”

In the U.K. in May, a neo-Nazi who planned to assassinate an MP was jailed for life, after he admitted planning to “replicate” the murder of Jo Cox. And on Sept. 10, a 50 year-old white supremacist who stabbed a Bulgarian teenager the day after the Christchurch mosque attack was jailed for more than 18 years for carrying out a “terrorist act.” 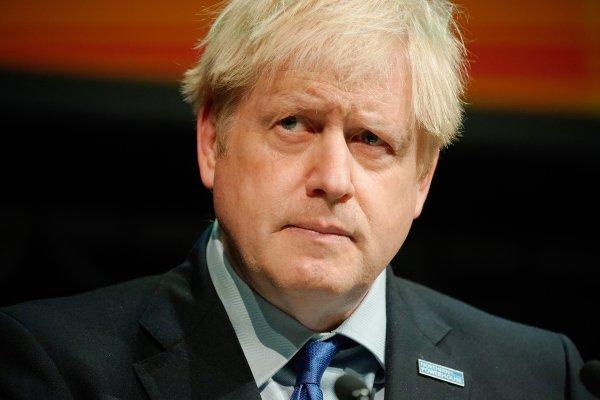 Boris Johnson’s Brexit Gamble Might Take the U.K. Back to Square One
Next Up: Editor's Pick