Flowers and tributes are piled in remebrance against a photograph of slain Labour MP Jo Cox in Parliament Square central London on June 18, 2016. Thomas Mair has been found guilty of Cox's murder.
BEN STANSALL—AFP/Getty Images
By Suyin Haynes

Thomas Mair was sentenced to life in prison on Wednesday for the murder of British politician Jo Cox after a seven-day trial at London’s Old Bailey court.

The 53-year-old unemployed gardener attacked the Labour MP in June, one week before the British referendum on leaving the European Union. The court heard that Mair said, “this is for Britain,” “keep Britain independent,” and “Britain first” as he stabbed and shot Cox, who was a 41-year-old mother of two. Mair was charged and found guilty on the four counts of Cox’s murder; the grievous bodily harm of 77-year-old bystander Bernard Carter-Kenny; possession of the firearm with intent to commit an offense; and possession of a dagger, the Guardian reports.

During the trial, which started last week, the court heard evidence from eyewitnesses and police who found Mair near the scene of the attack in Birstall, West Yorkshire. Jurors were told by the prosecution that items from Mair’s house and his online activity in the days leading up to the murder showed he had “strong political and ideological interests.” Mair denied the murder and had chosen not to give any evidence in his defense. The verdict was delivered on Wednesday, with members of Cox’s family in attendance at court. 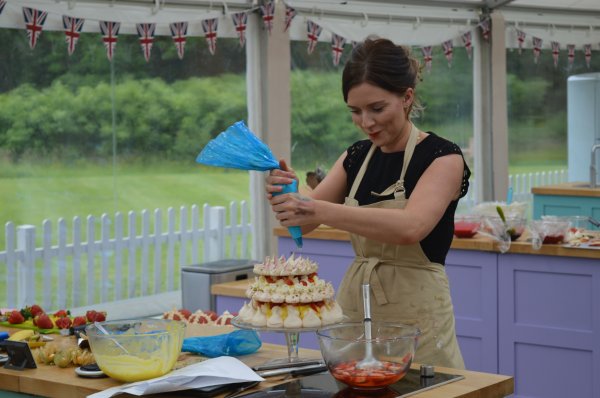 Why The Great British Bake Off Is Like Brexit (No, Really)
Next Up: Editor's Pick