I Survived a Far Right Terror Attack in 2011. Here’s What We’re Still Getting Wrong About Extremism

In July 2011, Bjørn Ihler was on Norway’s Utøya island when far-right extremist Anders Breivik fatally shot 69 people and injured 110, mostly students who were attending a summer camp organized by the youth wing of Norway’s Labour party. Since then, Ihler, 27, has worked as a counter-extremism activist, attempting to understand and prevent radicalization.

What happened in New Zealand is devastating, and brings back my memories from 2011 fairly directly. But as someone who has been trying to fight far-right extremism for almost eight years now, I can’t say that I’m very surprised.

In all this time, most Western countries have still not learnt the lessons from what happened at Utøya. Most of us have refused to recognize something fundamental: that violent extremism and terrorism are not something external to our society. They are a part of our society.

Over the coming days, as happened with Anders Breivik, people will talk a lot about the mental health issues of the individual perpetrators in New Zealand. They’ll try to make them seem abnormal, outside of society, that they have nothing to do with our policies or our governments.

This also happens when the perpetrators are Islamist extremists. Even when these are people who have grown up on the outskirts of Paris and Brussels – the capitals of the Western world, to a large extent – we speak about them as foreign because they happen to be Muslim. We say their ideology distances us from them.

But we need to start seeing violent extremism as something universal, rather than something ideological. It’s an expression of the simple idea, regardless of what ideology you hold, that we can’t all live together in diverse societies.

That idea has only become more prominent since Utøya, as far right movements have grown in political influence. Now, in countries from Eastern Europe to Germany to the U.S., we see people in suits and ties fomenting fear of migration in general and fear of Muslims in particular, just as people marching in streets have. That’s what caused the murder of British lawmaker Jo Cox in 2016 during the run-up to the Brexit vote. The far-right’s belief that we can’t live together is growing in legitimacy, and that is in turn legitimizing violence.

The perpetrators in New Zealand clearly want to spread that idea. The attack bears all the signs of being targeted towards an audience, rather than just being a physical attack. By filming themselves and spreading a manifesto – which references Breivik’s attack – they are trying to create the idea that there is a war going on, a clash of civilizations. They want people to see them as fighters in that war and inspire more to do the same. Those who share that video, and media who publish the manifesto are doing exactly what the attackers wanted. They are running errands for extremists.

Politicians, the media and individuals need to stop sticking their heads in the sand and pretending that these violent extremists have nothing to do with us. We need to react with unity, by showing that we can all live together with very few problems, that minorities are safe. That’s the only way to stop neighborhoods and communities in our countries from becoming breeding grounds for terrorists of all kinds.

In 2016 Ihler co-founded the Khalifa Ihler institute which works for peace through knowledge, technology and design. Since 2016 he has also been part of the Kofi Annan Foundation initiative Extremely Together, exploring means of countering violent extremism.

As told to Ciara Nugent 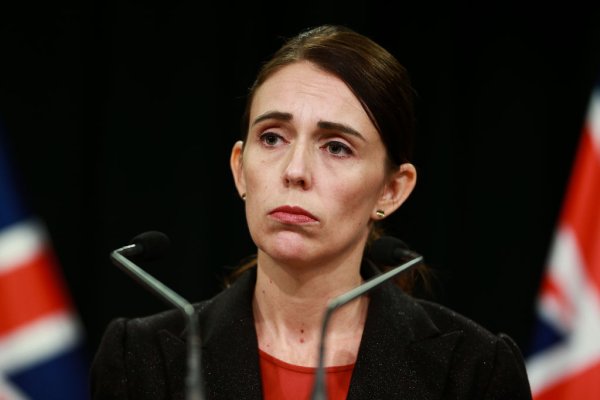 Suspect Charged in Mass Shooting
Next Up: Editor's Pick