Old Friendships, New Costumes and Timeless Royal Fever on the Set of the Downton Abbey Movie

The day on which the royal visit is being filmed is the perfect day to drop in on the set of a movie that hinges entirely on said visit. On this particular October afternoon in Hampshire, southern England, Highclere Castle—the grand country house at which six seasons of the beloved PBS series Downton Abbey were filmed—looked practically untouched since that show completed its six-season run on Christmas Day of 2015 in the U.K. and a few months later in the U.S. The entrance hall is no less magnificent, the palatial library still home to plump burgundy sofas, ornate lamps and bookshelves straining under the weight of ancient tomes.

“This is our office space,” Hugh Bonneville offers in a faultless deadpan, referring to the dining room at which Bonneville’s Robert Crawley and the rest of the Abbey’s earls, ladies, butlers and cooks lived out their dramas in front of millions of viewers. “After six years you get a bit used to it.”

Most of the cast has returned to this aristocratic office space to shoot a continuation of their characters’ storylines for the Downton Abbey movie, out Sept. 20, written by creator Julian Fellowes and directed by Michael Engler. It has been four years since they last donned their tweed and lace-adorned period costumes and divided themselves into the “upstairs” and “downstairs” sets whose unions and divisions drove the show’s drama. The mood on set today has the giddy feeling of a school reunion. “It’s like coming back to a family that hasn’t been together for the past few years,” says Allen Leech, who plays chauffeur turned estate manager Tom Branson, the widower of Jessica Brown Findlay’s Lady Sybil Crawley. “There’s an immediate trust,” adds Elizabeth McGovern, who plays the American heiress Cora Crawley.

A couple of new faces join for this go-round: Peaky Blinders’ Kate Phillips plays Mary, Princess Royal, and British acting legend Imelda Staunton (whose real-life partner Jim Carter portrays the butler Mr. Carson) revels in her role as a combative lady-in-waiting. But there wasn’t much room for new additions considering the need to accommodate the narratives of such a large returning ensemble cast. “Sex and the City only had four characters,” says producer Gareth Neame of another TV series turned film franchise. “It didn’t have 20.” Juggling that many storylines across a 10-hour season was one thing, Neame says, but nothing like the constraints of a movie. “They’re all leading characters. To develop that into a two-hour movie was quite a challenge, but I think we’ve achieved that.”

The Downton Abbey movie’s plot revolves around a feverishly anticipated visit from King George V, Queen Mary and the royal family as part of an official tour of England. The royals are also visiting such illustrious locales as Blenheim Palace, Chatsworth House and Arundel Castle, and the Crawleys fret over how Downton will stack up. (For more on the real history, see here.) The idea to revolve the movie around a royal visit first occurred to Fellowes after he read a book which mentioned a trip the king and queen made to Yorkshire in 1912. (The movie is set in 1927, two years after the series ended.) “I was looking for an overall story that would affect all the different elements of the cast—the servants, the family, the locals,” he tells TIME during a later phone call. “The royals give the film a kind of unity, so all the stories are part of the main story in one way or another.”

The movie raises interesting ethical questions about the contemporary monarchy. “I’m a monarchist, my sympathies are entirely on the side of the Crown, but I didn’t want it all to be Molesley-monarchist,” says Fellowes, referring to the Downton butler played by Kevin Doyle who’s a royalist to the end. “I think we’re very, very lucky to have [the royal family], but you can’t write things where everyone has your own opinions.” Although most characters are thrilled at the prospect of the royals popping by—Mr. Bakewell, the village grocer, describes providing produce for the King and Queen’s stay as the “peak of my career”—the republican viewpoint is put across through the household’s assistant cook, Daisy (Sophie McShera). Daisy’s disdain at having to drop everything to serve a family whose members have done little other than be born into their circumstances mirrors debates which continue today around the ethics of a hereditary right to the throne. Questions were raised about the Queen’s constitutional role as head of state just this summer, after she was dragged into parliamentary shenanigans surrounding Brexit.

Politics aside—and the movie does largely skirt them in favor of handsomely-costumed uplift—the royals are still capable of eliciting immense excitement. Watching the near-hysterica with which the movie’s royals are met, particularly during an extravagant parade scene, it’s hard not to think of the vast crowds at the wedding of Prince Harry and Meghan Markle in Windsor last year and, for that matter, the relentless media frenzy that seems to surround every major British royal’s move. Despite the movie’s setting nearly a century ago, it’s evident that the public’s appetite for the royal family has barely waned.

The Downton movie is the latest display of onscreen royal fever in recent years, evidenced by Netflix’s big budget series The Crown (which returns for a third season in November), PBS’ Victoria and 2018’s The Favourite, which received 10 Oscar nominations and won the BAFTA for Outstanding British Film. But why are viewers—in the U.S. and beyond—so obsessed with the British royals? “I think there is the obvious aspirational, wish-fulfillment aspect of watching a world of such beauty and richness,” says Engler. “But I also think that given our very fragmented society, the idea of a world where everyone, from the lowest servant to the highest lord, all feel a connection to something larger than themselves, is very alluring.”

Like the show before it, the Downton Abbey movie concludes with its countless intersecting plotlines all tied neatly in bows. But if the box office returns meet producers’ hopes (projections put its opening weekend around $20 million), it’s unlikely this is the last we’ll be seeing of Highclere Castle and its goings-on. “In this business, you never say never because you’ll only have to take it back,” says Fellowes. Better keep those bookshelves dusted. 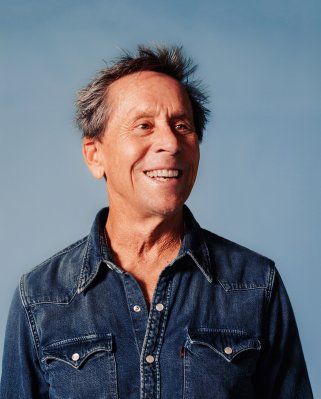 Producer Brian Grazer Wants You to Be More Curious About Other People
Next Up: Editor's Pick