Here's Where Downton Abbey's Characters Ended Up on the Finale

Downton Abbey closed its doors to fans on Christmas 2015, after six seasons unfurling the story of the Crawley family. Over the years, the characters have struggled through death, disease, war and imprisonment — and the audience has been right there with them. But the show’s finale took a delightfully happy turn, with an ending that even left the Dowager Countess smiling. Now, with the release of a feature film of the same name due to be released on Sept. 20, written by series creator Julian Fellowes, here is a refresher on where everyone from the Crawley family — including those who kept the Abbey in order — ended up in the series finale.

Edith finally got her happy ending. Mary slyly arranged for Edith to have dinner at the Ritz with Bertie, who professed his love for the unlucky sister. Edith finally told Bertie’s mother the truth about Marigold (that she is, in fact, her own daughter with her late lover Michael Gregson). The show’s final shots saw Edith exchange vows with Bertie, making her the Marchioness of Hexham.

Most of Mary’s melodrama took place early on in the season, so the finale showed her as a contented wife. She had her happy ending as well, of course, announcing her first pregnancy with new husband Henry Talbot. But most importantly, she asked him to keep it quiet until after Edith’s wedding.

Robert and Cora, who’ve had their own marital struggles, saw both their surviving daughters happy. They also learned to appreciate the modern direction their life was headed, with Cora modernizing her Lady Grantham title by running the hospital.

The two Downton men, who both sought a higher calling after marrying into the Crawley family, opened a used car shop.

Carson’s bout with what seemed like Parkinson’s disease rendered him incapable of fulfilling his duties as butler of the Abbey. But with the help of loving wife Mrs. Hughes, he faced his fears head on, securing a spot in the Downton household for as long as he’d like.

Barrow showed a softer side (finally!), moving on from Downton with handshakes and warm wishes for both those from upstairs and downstairs. His new job kept him bored, though, and Carson’s situation left a convenient vacancy. In the end, it was Lord Grantham’s idea to bring Barrow back, giving the tortured serviceman something to finally smile about.

Daisy gave in to Andrew’s flirtatiousness and told him she’d made up her mind about many things, including to move in with Mr. Mason, where Andrew was learning the farm trade. Though we didn’t see Mrs. Patmore officially take up with Mr. Mason, subtle hints showed the two might end up happily ever—much like the rest of the characters.

Perhaps the most beleaguered characters (debatable, considering Edith’s luck), earned their own happy ending as well, with Anna’s water breaking in Lady Mary’s room. She delivered their son to a happy Mr. Bates, though baby Bates’ name wasn’t announced.

The Dowager Countess teamed up with cousin Isobel and helped her rescue Lord Merton from his evil son and daughter-in-law, who Isobel announced she’d finally marry. Violet also delighted in learning that Spratt had been writing for Edith’s newspaper as an advice columnist. And, of course, the Dowager delivered one final memorable quip during Edith’s wedding, telling Isobel that “there’s a lot of risk, but with any luck, they’ll be happy enough.” 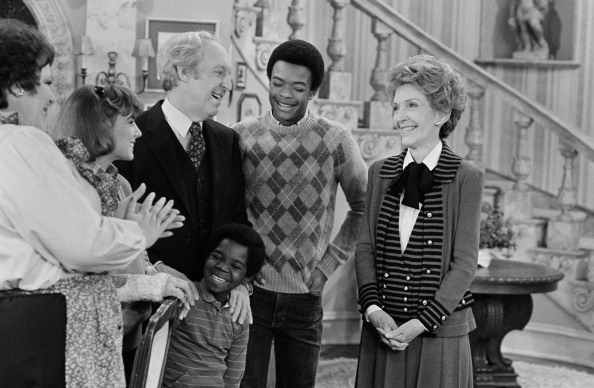