A woman reports a rape. With her former foster mom by her side, 18-year-old Marie Adler (Booksmart breakout Kaitlyn Dever, proving her versatility) tells police in Washington state that a man broke into her apartment in the middle of the night, tied her up and assaulted her. But after her closest confidantes express reservations about her trustworthiness, male cops corner Marie—a survivor of abuse who spent most of her childhood in foster care—bully her into recanting and then charge her with filing a false report. Three years later, in Colorado, a pair of female detectives (Toni Collette and Merritt Wever) from different precincts notice similarities between two tough rape cases—which, as they will later learn, also resemble Marie’s—and combine their investigations.

It sounds too contrived for even the preachiest, most heavy-handed crime procedural—a Goofus-and-Gallant story in which insensitive, poorly trained men in blue bungle a delicate sexual assault case, with devastating implications for a young woman living on the margins of society, only to have a team of smarter, more experienced and empathetic women clean up their mess. Years of research on acquaintance rape have, furthermore, debunked the misperception that most assailants are strangers with knives in dark alleys or home invaders who climb into bedrooms through open windows. Yet Unbelievable, a wrenching eight-episode Netflix docudrama due out Sept. 13, actually sticks extraordinarily close to the facts of a real case. Based on a Pulitzer-winning 2015 article by T. Christian Miller of ProPublica and Ken Armstrong of The Marshall Project that was also adapted into an episode of This American Life, it’s a study of the best and worst in American law enforcement.

Unbelievable is not a #MeToo story, though it will surely be framed that way by those who seem to believe the history of sexual violence is only as old as the scandal that precipitated that movement; the victims in its serial rape case, which began over a decade ago, don’t know their attacker, much less work with him. Yet it feels like the first TV crime procedural that has thoroughly internalized that reckoning. Many shows paint survivors as young and traditionally attractive, but its casting acknowledges that no demographic is safe. Written by showrunner Susannah Grant (Erin Brockovich), in collaboration with married novelists Michael Chabon and Ayelet Waldman, scripts trust that viewers understand not only why most female characters are intimately familiar with sexual assault or abuse, but also why it seems they’ve had to heal from those ordeals on their own.

A stable of directors headlined by Lisa Cholodenko—a filmmaker who’s devoted her career to portraiture of complicated women, in projects like The Kids Are All Right and HBO miniseries Olive Kitteridge—manages to be frank about the forensic realities of rape cases without sensationalizing the acts themselves. Survivors tell their own stories. Seeing the attacks through their eyes means getting a visceral sense of their terror, not sweaty Game of Thrones-style titillation or the emotionally manipulative pain porn of Hulu’s TV adaptation of The Handmaid’s Tale. Understated performances from a shaky, heartbreakingly bewildered Dever and Danielle Macdonald (Patti Cake$, Dumplin’), playing an initially composed victim who sinks into depression as the investigation drags on without a suspect, demonstrate that there are many valid ways for a person to process trauma.

If Dever’s Marie is the show’s heart, a teenager who lost the birth lottery only to have her misfortunes exacerbated by the very structural forces that were supposed to help her, then Collette’s Grace Rasmussen and Wever’s Karen Duvall are its conscience. It’s in the story of their collaboration that the writers seem to have taken the most creative license, yet the characters ring true. Rasmussen may be a swaggering, beer-swilling veteran, but she and Duvall—a Christian family woman and workaholic who’s about a decade younger than her ad hoc partner—aren’t cookie-cutter badass lady cops. Along with being the smartest women in the room, they’re driven by empathy for their victims and a long-simmering anger at the relative apathy of an overwhelmingly male justice system. “Where is his outrage?” Rasmussen demands, at one point, after blowing up at an apparently unmoved colleague. It’s not that these men, even the ones who subjected Marie to such misery, are evil. They simply don’t know or care enough to do better.

The show can get didactic, shoehorning statistics into dialogue and repeating easily inferred points about how police tend to botch rape investigations. Subtlety comes from the actors, not their dialogue. Grant seems less concerned with entertaining Law & Order fans than with revealing why real sexual assault cases are often more complicated—emotionally and logistically—than the heuristic-laced plots of SVU episodes that can start to make viewers feel like experts. (In an infuriating passage from the ProPublica report, the foster mom explains that she doubted Marie in part because “I’m a big Law & Order fan, and I just got this really weird feeling…. She seemed so detached and removed emotionally.”) Like much of 2019’s best TV, from When They See Us to Chernobyl, Unbelievable isn’t light viewing. But in defending reality against received wisdom and eschewing suspense in favor of insight, it makes a plea for revising simplistic rape narratives that should be impossible to ignore. 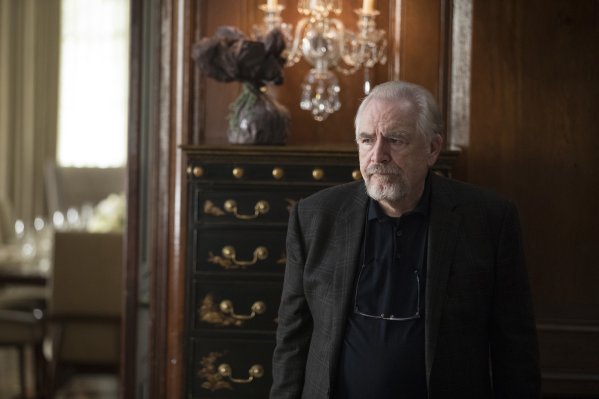