Nearly an hour into the premiere episode of Ava DuVernay’s Netflix miniseries When They See Us, four of the boys who will soon be known as the Central Park Five are left alone together in a holding cell. (The fifth, Korey Wise, is locked in with adults because he’s all of 16 years old.) They’ve just spent hours being interrogated—and intimidated—by police seeking confessions to support the theory that they gang-raped a woman in the park and left her for dead. In fact, most of them don’t even know each other. There’s a long silence before they start talking. The camera alternates between closeups of these scared, exhausted, beaten-up kids’ faces. They see each other. Hopefully, we see them, too.

As the title suggests, the idea of seeing is crucial to this elegant, wrenching four-part reenactment of the Central Park Five saga. DuVernay, who wrote, directed and (along with collaborators including Oprah and Robert De Niro) executive produced the miniseries, has a gift for framing a familiar historical moment so that you can really see it for the first time. In this case, the Selma director’s simplest but most profound decision is to portray these five black and Latino boys, ages 14 to 16, as the scared children they are, rather than as the gangsters or delinquents they were made out to be.

Throughout When They See Us, which comes to Netflix on May 31, DuVernay lets stark, blue-tinged cinematography from Bradford Young (Selma, Arrival) capture what can’t be expressed in dialogue. Shots of the boys and their families after each guilty verdict is read radiate shock, confusion, terror—not just of prison, but that the truth of who they are as people has no bearing on their fates. Watching Raymond Santana (played by Marquis Rodriguez as a teenager and Freddy Miyares as an adult) step off a bus after years behind bars, drink in the sights and sounds of his old block and hug his dad (John Leguizamo) drives home what it means to be robbed of your youth.

It’s a perceptive way of recasting the notorious miscarriage of justice that dominated the news following the arrests of Santana, Wise, Antron McCray, Yusef Salaam and Kevin Richardson in connection with the rape and attempted murder of Central Park jogger Trisha Meili in 1989. The fact that Meili was a wealthy white woman fueled racially charged invective. Donald Trump famously bought full-page newspaper ads demanding the death penalty. But in 2002, when an incarcerated serial killer and rapist confessed to attacking Meili (and DNA confirmed it), the convictions were vacated. The Five went on to win a $41 million settlement from New York City. That might sound like a happy ending if you don’t know what years in prison, followed by all the restrictions imposed on convicted felons—particularly sex offenders—can do to a person’s life.

DuVernay splits this 25-year ordeal into four distinct parts: The premiere covers the day of the crime and its immediate aftermath, while the second episode focuses on the trial and the third tracks the four boys who were convicted as minors from juvenile detention to their bittersweet homecomings. In the harrowing finale, Korey struggles to survive adult prison, where savage beatings (by white supremacists, among others) force him to choose between constant peril and the dangers of solitary confinement. This epic sweep allows DuVernay, who interrogated race and mass incarceration in her 2016 documentary 13th, to illuminate the broad implications of a racist justice system, from parole that’s contingent on an inmate’s admission of guilt to the near-impossibility of finding gainful employment with a felony on your record.

But she never reduces her subjects—five real, live, now-middle-aged men—to statistics or types. (The lawyers are generic by contrast. Felicity Huffman’s prosecutor Linda Fairstein doesn’t seem to mind putting the wrong kids in prison as long as someone pays for Meili’s suffering; a substantive backstory would have made her a more nuanced villain.) In When They See Us, seeing also means witnessing. It means honoring each of the Central Park Five as a discrete human being, a task that is lost on neither DuVernay nor her youngest actors. The baby of the bunch, 14-year-old Kevin (played by Asante Blackk as a teen and Justin Cunningham as an adult) is a trumpet phenom with an adoring mother (Kylie Bunbury). Yusef (Ethan Herisse, then Chris Chalk) finds support in the Islamic community. Raymond relies on his devoted single dad, while the trial pulls Antron’s (Caleel Harris, then Jovan Adepo) guilt-ridden father (Michael K. Williams) away from the family. Korey (Jharrel Jerome) mediates between his beloved transgender sister and their mom (Niecy Nash), who doesn’t accept her.

Yet before their long nightmare begins, the Central Park Five also embody a version of the universal teenage experience. The giddy group of park-bound kids each boy joins on the night of their arrest could easily be a knot of white teens trampling suburban lawns, looking for some mild form of trouble. The difference, DuVernay suggests, is how we see them. 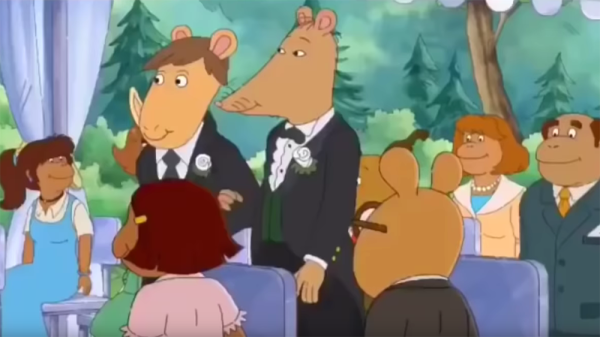