Game of Thrones' Woman Problem Is About More Than Sexual Assault

There’s a lot riding on the season finale of Game of Thrones this Sunday: the fates of Cersei and Margaery hang in the balance; Olly looks to be sharpening a shiv for Jon Snow; and the entire North is holding its breath to see whether its future king will be a man who hunts down women for sport or a man who burns his daughter alive.

That’s what brings me to the real stakes of this final episode: Will people keep watching? Many critics have thrown up their hands during this season of Game of Thrones, as female characters have been brutalized over and over again. Sansa’s rape, in particular, was so far beyond the pale that Senator Claire McCaskill declared she’s done with the show, and feminist genre website The Mary Sue announced it would cease all promotion of Game of Thrones.

Game of Thrones has a long history of sexual violence, and yet this season has felt more abusive of women than previous ones. Yes, there have been hard-to-watch scenes. But there also were few scenes of female empowerment to balance them out—and that marks a departure from previous seasons.

Of course, the world of Game of Thrones is a horrible place where cutting off hands, fingers and even penises is practically routine. But the rape of Sansa and the burning of Shireen—both of which diverged from the show’s source material, George R.R. Martin’s A Song of Ice and Fire—went too far for some viewers. There have been fair critiques leveled against both scenes (and some unfortunate comments a producer made about them), but there were two scenes of almost-rape that earned less critical attention but, to me, were equally disturbing.

First there was Gilly who had to be saved by Sam (well, Sam and a direwolf). While I don’t think she slept with him because he saved her, it was unfortunate—not to mention cliché—that a violent incident is what finally brought the two together. Perhaps worse still was the moment when it looked like Arya might be sold into sex slavery. She was pulled out of that situation so quickly that for a moment I wondered whether the scene had been recut after the Sansa backlash. It felt like the writers saying, “Look: Both Stark girls could have been raped, but they weren’t. We’re not that cruel.” But they don’t get bonus points for subbing in a nameless character in Arya’s place.

That’s at least four different opportunities when viewers could have given up—which is a lot, even for Thrones. There’s been plenty of controversial sexual violence in previous seasons, dating back to when Daenerys first had sex with Khal Drogo to when Cersei was raped by Jaime. And while plenty of other shows and films have recently handled the same problems in a better way—Mad Max: Fury Road is a film about escaping from sexual slavery that never depicts an actual assault—there were enough moments of female empowerment on the show to somehow balance the scales. Daenerys emerging from a fire with her baby dragons, or Brienne taking down the Hound—these were were glorious moments that reminded fans these abused women had personalities, motivations and the potential to best their enemies.

MORE: The Game of Thrones Sex Scene Can’t Be Both Rape and Not Rape

But this season, the women on Game of Thrones have felt impotent. Sansa and Shireen have had no control over their respective fates, and even the so-called powerful women have been neutralized. The Sand Snakes, who were touted as a feminist force and potential fan favorites, fizzled. (Seriously, what was with that childish hand-slapping game in the cell? Not to mention the unnecessary nudity.)

Cersei was so blinded by jealousy and greed that she couldn’t see her own doom barreling towards her. Same goes for Margaery, who after deftly handling Cersei walked directly into her trap. Daenerys and her supposedly invincible army were constantly outwitted by some guys in masks. Brienne has been sitting in a castle. Arya spent nearly all her time washing dead men’s feet. Even the female Wildling leader was killed by zombies.

To be fair, many of the male characters have been spinning their wheels as well. But at least Tyrion, Jorah, Jaime and Bronn embarked on quests and reached far-off lands, and Jon Snow brokered peace deals and battled off White Walkers. Even Ramsay got to do his best ninja imitation and burn Stannis’ supplies last week. By contrast, the women feel caged in—some literally.

Game of Thrones has always stood out from other works of fantasy because of its feminism. The women had to deal with the misogyny inherent in a Medieval society, but, forced to the sidelines, they found creative ways to seize power. The bravery of Brienne, Arya and Ygritte surpassed that of their male cohorts. The craftiness of Cersei, Maergery and the Red Woman had men wrapped around their fingers. And then there’s Daenerys, who has grown from victim to ruler. And yet, despite Dany’s victorious mounting of Drogon, these women have largely been trapped in bedrooms, dungeons, castles and fighting pits this season.

In the finale, the writers should finally set them free.

Read Next: Pain Threshold: Game of Thrones, Hannibal and the ‘Not for Me’ Moment 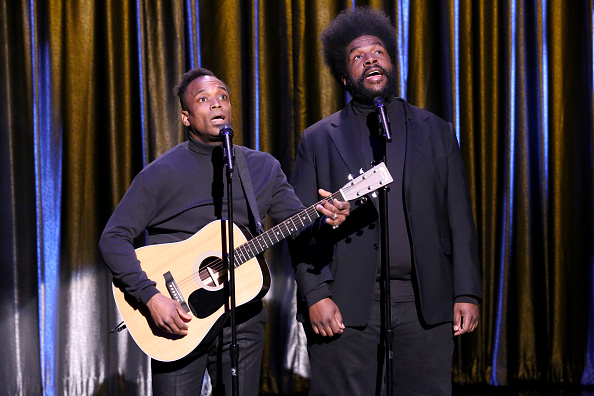 Watch Black Simon and Garfunkel Cover Taylor Swift on The Tonight Show
Next Up: Editor's Pick