Toni Collette has had as versatile a career as anyone in Hollywood could hope for. The Australian actor, 45, has played everyone from a 1950s housewife struggling with fertility in The Hours to a reluctant pageant mom in the beloved indie hit Little Miss Sunshine. (As a suburban woman with dissociative identity disorder in the Showtime series United States of Tara, she even got to play five roles in one.) But her breakthrough among American audiences came in a horror-tinged suspense movie, M. Night Shyamalan’s 1999 hit The Sixth Sense, for which she earned an Oscar nomination.

Now, another horror film features most buzzed-about performance in years. In writer-director Ari Aster’s Sundance sensation Hereditary (June 8), Collette plays an artist and mother who becomes unhinged as she uncovers disturbing family secrets following the death of her mother. Teetering on the precipice between ominous and relatable, her performance has earned raves as the movie finds its place in a new boom of highbrow horror films.

Collette spoke to TIME about her own history with horror, her thoughts on nature vs. nurture and her plans to take a break from all this heavy stuff by taking a family road trip this summer.

TIME: How did you come to this role?

Toni Collette: I was not looking to do a film like this. I had specifically said, “I’m sick of heavy, I don’t want to cry all the time at work anymore. I want to make some funny movies.” My agent called and said, “I know what you said, but you need to read this.” And he was right. I loved it. I mean, I don’t know if “love” is the right word—it was more of a knowledge that I had to do it. It was so brilliantly written, so original. All actors really want is an opportunity to go for it, and I was given that opportunity in spades.

Does it feel like a risk to work with first-time director?

Never. I often work with first-time directors, and I actually think it’s more beneficial than not. Ari was meticulously prepared—everything was so considered. But there still was a green quality to him, and I think that’s actually a beautiful thing, because it means that they’re open. I think people respond to things that are original and fresh and that they can see themselves in. The types of films that are being made I think are too safe, and this film isn’t safe.

We are in a time when it feels like every other movie is Star Wars and Avengers. Not that those can’t be enjoyable.

Exactly. Those films have their place. But my God. As a culture, we need all stories. Storytelling is an opportunity. People want to know themselves. On a good day, a film will make people connect to themselves.

Did you see yourself in this character?

No! I mean, it’s quite extreme. Ultimately, it’s about a woman having an awakening of sorts, after living a life of having a really distant, destructive, unnurturing relationship with her mother. More often than not, we associate an awakening with a positive, revelatory gap. In this film, it’s the idea of no hope and no escape. That’s the scariest thing about it.

What was it like filming some of the more intensely physical scenes?

It was more a case of trying to push it away from me until it was the moment between “action” and “cut”—resisting it and just letting it out at the right time. One of the things I love about the story is the pace. It’s about a family in pain, and the film takes its time and has its own rhythm. When it becomes ambiguous as to why my character is becoming more and more maniacal, at times it felt a little over the top, because the rest of the story felt completely realistic and natural. But I really trusted Ari, and I think that had to happen. The closer she gets to the truth, it’s so un-f–king-believable that it is quite realistic to react in that way.

The movie spends so long building to that point that it feels earned once it happens.

The audience has spent so much time getting to know these people and really feeling for them. Ultimately, it’s a meditation on grief and people dealing with emotional pain in different ways and watching this family really struggle. So you feel for them, and when it accelerates and becomes something else, I think because you’re so invested in the characters, the effect is even more frightening. I know people are calling it a horror film, but it actually isn’t just that. It has those elements but it’s a family drama, it’s a psychologically complex story.

Did it make you think about what you inherited from your parents, or your children from you?

I think about that all the time. We’re all a combination of nature vs. nurture. In those early years, your mother is a direct reflection of who you are. We certainly bring our own spirit into the world, but they inform who we are so greatly. Some people don’t get what they need; others get more than they need. It’s totally fascinating.

You’ve played a lot of mothers. Is there something about maternal roles that you’re drawn to?

I suppose it would be subconscious, because I don’t understand why. But all of those women that I played were completely different. I had my first kid when I was 35. And I was playing mothers since I was 24 — I turned 25 during the shoot for The Sixth Sense. But I always think, well, I’ve been on the other end of that relationship. I know my mother pretty well, and maybe it was more a reflection of that knowledge.

What is your relationship to horror as a genre?

I don’t watch horror films. The only time I watched them was at sleepovers as a teenager. I have such a vivid imagination and I don’t need to feed it with that kind of stuff. But something specific to both The Sixth Sense and Hereditary is that they are not solely horror films. They are really beautiful portrayals of something really deep, and it makes them more complex, more interesting — and probably scarier.

If it’s too heavy, audiences can do a Toni Collette double feature and see the other movie you have opening on the same day, Hearts Beat Loud.

I had the most amazing time making Hearts Beat Loud. It’s so wild to me that they’re opening on the same day. They’re polar opposites! One is all light and all heart, and the other is tragic and dark with no hope.

Do you feel like after this heavy experience, you want to balance it with something lighter?

I think I have enough self-awareness to do whatever comes along. I don’t feel like it’s a balancing act at work. But I don’t know—I’ve never had a plan and I still don’t. I’m talking around the idea of directing, and just happy being a mom and spending time with my kids. We’re planning a road trip this summer. I haven’t really been to the South of your country, so I’m excited to meet some people, listen to some music, eat some food, swim in some rivers. 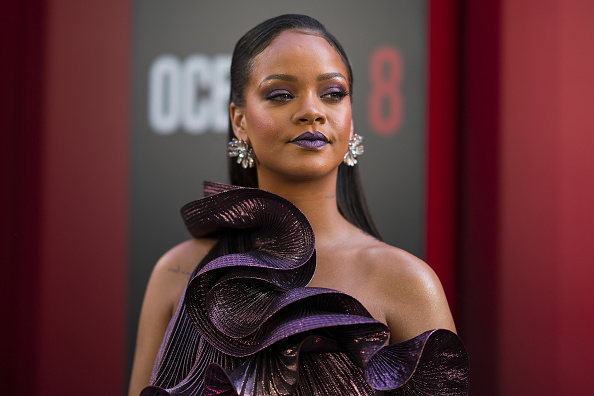 Rihanna's Criminally Flawless Look Stole the Show at the Ocean's 8 Premiere
Next Up: Editor's Pick