You know you’re in for a bleak story when the hero kills himself in the first scene, as Jared Harris’ character does at the outset of HBO’s Chernobyl. Not that anyone who tunes in to a miniseries with a title like that should be surprised to find out they’re in for five hours of anguish, terror and death. There’s no bright side to the 1986 reactor explosion that likely killed thousands in Soviet Ukraine, rendering the surrounding area uninhabitable for centuries to come and making the word Chernobyl synonymous with the risks of nuclear energy. But, grim as it is, the saga still has plenty of political resonance.

The show’s structure is unnecessarily complicated. After flashing forward to the suicide of Harris’ Valery Legasov in 1988, creator Craig Mazin jumps jarringly back to the night of the explosion. An action spectacle that dominates the premiere, which airs on May 6, this sequence captures the scale of Chernobyl’s mismanagement–yet it doesn’t connect emotionally, because we don’t know anything about the workers caught in this radioactive death trap. Ostensibly to build suspense about what really caused the disaster–which feels a bit inappropriate in the context of a historical tragedy–Mazin saves what small glimpses he provides into their backstories for the final episode. Only the wife of an injured firefighter gets an ongoing subplot, one that gives her little to do besides weep.

The real leads don’t come to the fore until the day after the explosion. Legasov is a renowned nuclear physicist; Boris Shcherbina (Stellan Skarsgard) is the gravel-voiced Communist Party man who travels with him to the still burning time bomb of a power plant; and Emily Watson plays Ulana Khomyuk, a brilliant, righteous (and fictional) scientist who tries to keep the panicked Legasov honest. As they appeal to politicians all the way up to Gorbachev, Chernobyl becomes a life-or-death struggle between experts and the ignorant bureaucrats for whom their warnings are an inconvenient truth.

This drives home the many obvious failures of Soviet authoritarianism, of course, and the ongoing threat of nuclear annihilation. At its best, however, Chernobyl demonstrates what happens when societies stop listening to science. Amid our rapidly worsening global climate crisis, it’s a critical message. 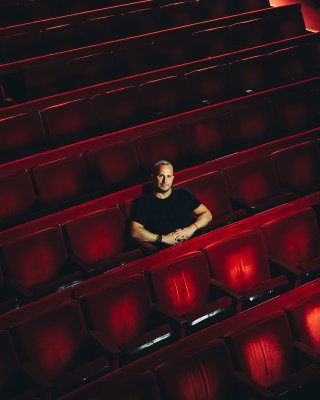 Conductor Yannick Nézet-Séguin Is Ushering in a New Act for the Metropolitan Opera
Next Up: Editor's Pick