‘Trauma Is Not New to Any of Us.’ Doctor Who Once Treated Saddam Hussein on Caring for Odessa Victims

Dr. Sudip Bose was on standby for Medical Center Hospital (MCH) in Odessa, Texas, Saturday afternoon when a lone gunman opened fire during a mobile rampage that resulted in 7 people dead and 22 injured.

He was immediately called in, and quickly followed the protocol that has been established at MCH to respond to mass causality, one he was especially prepared for as a decorated Army and Iraq War veteran who once treated Saddam Hussein himself.

“We’re very trained to almost divorce emotion, get quick into a mode and get the job done and do what you have to do,” Bose, MCH’s attending emergency physician, tells TIME. “There is an algorithm for this … we do practices, we do drills on this sort of thing. What I found in my personal experience is you want to take as much of the thought process out in a high-pressure situation to keep your calm. You want to automate.”

“Trauma is not new to any of us,” he also says, adding that some of the mass casualty concepts he learned during the Battle of Fallujah had to be applied to Saturday’s response.

Bose and his team quickly stepped up to care for those impacted by the shooting, including 13 gunshot victims who were taken to MCH. Bose describes himself as a cog in an enormous wheel, one that has prepared for years for a mass casualty like what Odessa experienced this weekend.

Bose was born in Ann Arbor, Michigan, to immigrants from India. He began medical school at 21 through an honors program, and became a Doctor of Medicine at 25. Then, he decided to join the military.

“When my parents came to this country people really looked out for them. There were families that just took care of my parents, and maybe it was instilled in me that you always have to serve it back,” Bose says. He decided to do his emergency medicine specialization through the military.

After the attacks on September 11, Bose volunteered to accompany an infantry unit into the war in Iraq as a battalion surgeon. Bose was selected to treat former Iraq President Saddam Hussein after his capture in 2003 by U.S. forces. Bose was awarded the Bronze Star for serving one of the longest combat tours by a physician since World War II.

The decorated war hero then returned home and later began working at MCH in 2009. He also became a professor at the Texas Tech University Health Sciences Center and the University of Illinois, and started a nonprofit to support veteran’s health.

Bose says he was hoping he’d never have to encounter a situation like the mass shooting that happened on Saturday, “but you just have to be ready.” 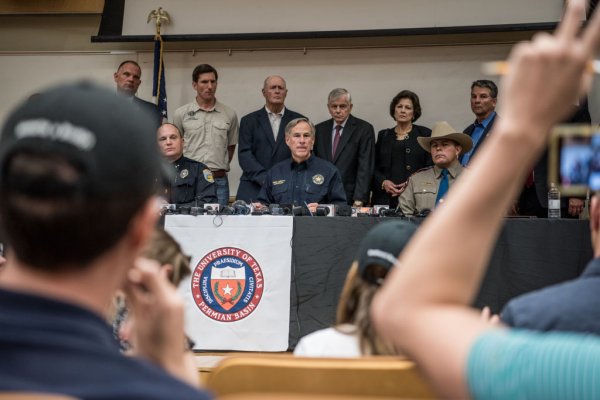 Odessa Police Not Naming Shooter, Part of Growing Trend
Next Up: Editor's Pick