Music Experts Explain Why the Succession Theme Song Is So Memorable

It starts with a downbeat. Then there are the dissonant piano chords, the 808s and dramatic strings. The theme music for the HBO critical darling Succession has already become a classic of the form. The show, now in its second season, is a prestige drama that combines dry, cutting dialogue with a sharp critique of wealth and power. But beyond the acting, writing and noteworthy set locations, what helps Succession stand out is that distinctive theme, by Academy Award-nominated composer, pianist and producer Nicholas Britell, which soundtracks the opening credits over a grainy film montage of the central Roy family’s earlier years. The music adds gravitas to this home-video compilation, setting the scene for the family drama about to unfold.

Twitter lights up every Sunday night with fans lauding the music, half-complaining that they can’t get it out of their heads or creatively setting it to scenes outside the context of the show.

To understand how — and why — the score has become a cult-favorite composition that may just go down in TV history, in the vein of those from Game of Thrones and Mad Men, TIME turned to former film and TV composer Drew Silverstein, who co-founded the music AI startup Amper Music, and music theorist, psychologist and lecturer Stefanie Acevedo. Britell has uncannily captured Succession’s deranged reality in a fresh and original way, says Silverstein, sonically encapsulating the show’s themes.

Britell is known for his distinctive film scores: he’s behind the sound of movies like The Big Short, Moonlight and If Beale Street Could Talk. That established background may have provided him important creative leeway. Often, TV and film music is initially filled in with what’s called a “temp track,” a placeholder that a composer will then re-produce in what Silverstein calls a “paint-by-numbers” approach. But Succession has none of that sense of reproduction. “It’s a composer’s most ideal situation, because you get to come up with the creative landscape. You’re not just a line cook, you’re a chef,” he speculates of Britell’s approach. The result: theme music that sounds different, and therefore more memorable.

Then there’s the structure and sonic texture of the music itself. The theme mixes Britell’s expertise in classical composition with his background making hip-hop beats, layering the two styles. Silverstein calls out the 808s (a popular drum machine sound), detuned piano (piano intentionally made to sound out-of-tune), audio-processing filters (more technical composition tools) and “gritty” strings that all come together in a way that’s “not as sweet and glossy as you might get in other soaring themes.” This is no Downton Abbey, gilding an image of a genteel patrician family, but rather something less polished and pleasant, reflecting the nastiness of the Roy family dynamics.

The wedding of Shiv and Tom in the season 1 finale of 'Succession.'
Colin Hutton/HBO

The score is for strings, piano, and a distorted bass line, as Acevedo explains, breaking it down: The piano, played in a high register, adds a sense of “urgency or tension,” she says. This main melody is in a minor key punctuated by dissonant chords; some of the piano keys are even struck out of sync, producing a “messy” sound. The use of “extreme registers” on the piano—that’s the big contrast between the high and low notes—and Britell’s distortion of the bass line “rock the foundation of the theme,” she says, signaling drama. There are also two string layers at play: a “low ostinato” pattern (a repetitive musical phrase) gives the theme forward momentum, coupled with high strings that echo the piano motif with a “very raw, shrill, almost out-of-control tone.” “Nick has done a really good job of not only making a powerful score and theme, but also staking out a unique sound,” Silverstein adds.

It also matters that the music matches—and elevates—the experience of watching the show. In TV shows, the music becomes its own kind of recurring character, with themes that are expanded and adjusted as needed to match the tone of each scene over the course of many episodes. But in Succession, where the theme pops up as part of the score throughout episodes, Britell plays it “straight.” In other words, the score subverts expectations and leaves it up to viewers to determine a scene’s mood or subtext. “You’re not just getting the easy thing,” Silverstein says. Unlike sit-coms with clear audio cues or Marvel movies with big, bombastic musical moments, the Succession score refrains from providing a meta-commentary. That also adds to the documentary-style realism of the show. “It’s meant to draw you into the reality that exists,” Silverstein suggests. “It’s relatable enough that we’re like, ‘Oh wow, that’s our world, not a Disney movie in some imaginary world.'”

That realism clearly resonates with Succession fans; the main theme has already racked up more Spotify streams than Britell’s top composition from If Beale Street Could Talk, whose score received an Oscar nomination, and fans can’t get enough. Silverstein thinks this theme will kick off a trend, now that it’s struck such a note with audiences. “You’ll start hearing other shows and movies having similar types of music,” he predicts. 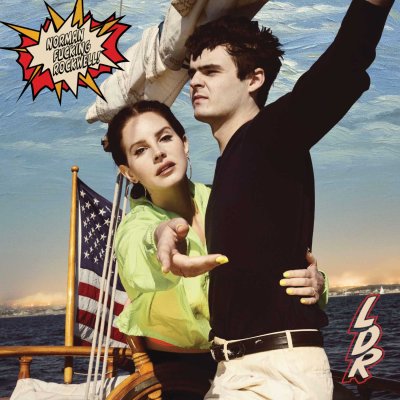