Moonlight director Barry Jenkins has finally delivered the acceptance speech he would have given if La La Land hadn’t been mistakenly announced as Best Picture at the 2017 Oscars.

As a keynote speaker South by Southwest on Sunday, Jenkins read aloud the remarks he had prepared for Moonlight‘s win but never got to share in the wake of the mix-up. The director was given just a few seconds to express his thanks after he took the stage at last year’s Academy Awards.

“[Moonlight writer Tarell Alvin McCraney] and I are Chiron,” he told the SXSW audience of the movie’s main character, a poor, gay, black boy growing up in Miami. “We are that boy. And when you watch Moonlight, you don’t assume a boy who grew up how and where we did would grow up and make a piece of art that wins an Academy Award. I’ve said that a lot, and what I’ve had to admit is that I placed those limitations on myself, I denied myself that dream. Not you, not anyone else — me.”

Jenkins went on to encourage others to pursue their dreams no matter what adversity they are facing. “And so, to anyone watching this who sees themselves in us, let this be a symbol, a reflection that leads you to love yourself” he said. “Because doing so may be the difference between dreaming at all and, somehow through the Academy’s grace, realizing dreams you never allowed yourself to have. Much love.” 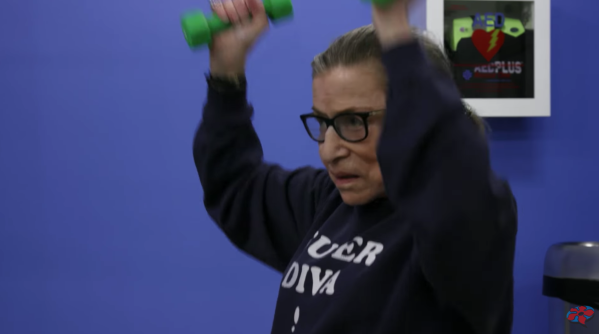 The New Trailer for the RBG Movie Is Workout Inspiration
Next Up: Editor's Pick