HBO’s latest hit show Succession is not always easy to watch: the characters are spiteful, and the subject matter dark. But it helps that the show, now in a critically-lauded second season, is softened around the edges by its razor-sharp wit and downright beautiful setting. In the case of the most recent episode, it turns out that setting is less exotic than it first appears. It’s presented to viewers as a castle in Hungary, but it’s actually an estate in Long Island — and you can stay there overnight, or even dine in its restaurant.

“Hunting,” the third episode of the second season of Succession, will go down as the episode in which the Waystar Royco corporate team jets off to Hungary for their corporate retreat. (General counsel Gerri’s memorable explanation for why Hungary is the destination? “It’s a nice place to shoot a gun where no one cares what you hit.”)

But while the wild boar hunting and ensuing Stalinist drama of the “Boar on the Floor” game at the team’s dinner party may be the dramatic moments that matter, it’s the castle setting that really drives home the episode’s surreal plot developments, where everything seems to happen outside the bounds of 21st century reality. That’s all thanks to their encasement in a stark, symmetrical castle, decorated with taxidermy and covered in snow. But that shoot location isn’t so for away: it’s actually a mansion often called Oheka Castle, and it’s in Long Island, New York — not Eastern Europe.

The Succession location scouting team reportedly chose the estate, built by financier Otto Hermann Kahn 100 years ago, early on in their scouting. According to an interview with New York Magazine’s Vulture, the episode was then tailored to the bleak but beautiful Hungarian aesthetic that the French chateau-style building imparted in winter. As it happens, Oheka Castle is actually a venue that’s regularly rented out for weddings, parties and events.

It also has an impressive history of its own: built on the highest point in Long Island, its 109,000 square feet were used by the Gatsby-like Kahn as a summer escape and venue for Gilded Age parties featuring foreign dignitaries and Hollywood stars. It remains the second-largest private residence in the U.S. After it was sold in 1934 following Kahn’s death, it became a training center for state and government officials before it was bought and restored in the 1980s. It’s now on the National Register of Historic Places and has appeared onscreen in movies like Citizen Kane, putting Succession in good company. You can now stay there — it’s a hotel — or dine at its on-site restaurant.

This isn’t the first memorable shoot location that Succession has landed upon, either. For the wedding at the end of the first season, they selected the impressive Eastnor Castle in England. And to stand in as the Roy family’s “summer palace” in the second season opener, they chose a private home associated with the Ford family in the Hamptons. 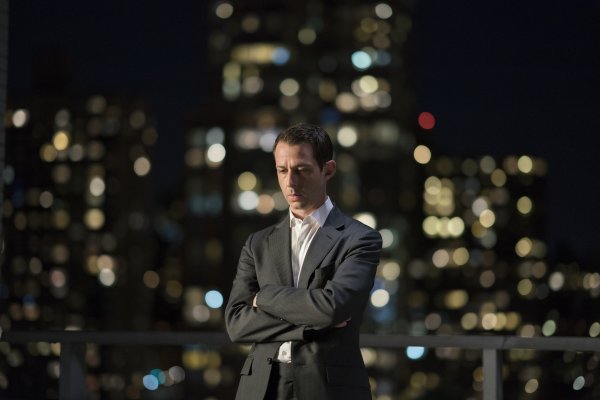