Succession Is a Bleak But Satisfying Portrait of Modern Wealth

A rich and powerful elderly patriarch must name an heir to his vast media empire. He has plenty of grownup children to choose from, but none of them seem truly capable of furthering his legacy. In fact, most of his kids are nasty, spoiled nightmares who won’t hesitate to kneecap one another as they race to the old man’s throne.

It’s a tale as old as time–or at least, as old as King Lear–and television can’t stop retelling it. Succession, which premiered on June 3 on HBO, is the latest worthy addition to a niche already occupied by shows including Empire, Trust and Arrested Development. Despite its hourlong format, this show about the Rupert Murdoch–like octogenarian media mogul Logan Roy (Brian Cox) and his scheming family plays like a dark comedy, with its deadpan tone working harder to underline the absurdity of the Roys’ antics than to build real sympathy for its characters.

That choice plays to the strengths of executive producer Adam McKay (The Big Short), who directed the series premiere, as well as creator Jesse Armstrong, who honed his ear for creative profanity as a writer for the beloved British comedies Peep Show and The Thick of It. Like many characters on those shows, the Roys are narcissists, oddballs, control freaks and all-around jerks. Logan’s heir apparent, Kendall (Jeremy Strong), is a type-A bro and recovering addict whose favorite word is “Dude.” Debauchery, laziness and a superiority complex have kept Kendall’s younger brother Roman (a gloriously vicious Kieran Culkin) out of the family business. The baby of the bunch, Siobhan (Sarah Snook), works as a political operative–and it shows in her skills as a sharp manipulator. Just outside the fray are the siblings’ space-cadet half brother Connor (Alan Ruck) as well as Logan’s nephew Greg Hirsch (Nicholas Braun), an awkward young striver who shows up at the mogul’s 80th birthday party to beg for employment.

It’s no wonder that Logan, a gruff self-made billionaire who was born in Scotland, has reservations about handing his company to Kendall, whose abrasive personality has already hurt the business. But Logan’s claim that he’ll keep his post for the next decade is undermined by the reality that he can’t even find the bathroom in the middle of the night anymore. And it doesn’t help that the only relative he really seems to trust is his current spouse Marcia (Hiam Abbass), a poker-faced sophisticate whose backstory remains murky.

We see glimpses of the Roys’ personal lives. Most scenes, however, take place in the corridors–and helicopters–of power. Like Veep (which shares a creator, Armando Iannucci, with Armstrong’s series The Thick of It), this is a show about how ridiculous shameless ambition can sound. Operatic insults stand in for fistfights. Breathtaking acts of hubris replace poignant family moments. Armstrong builds suspense around his bleak view of wealth and success by asking how far these characters will go–and how they’ll justify that behavior.

Will it ever become tiresome to watch these characters wage war on one another over a corporation that sounds more noxious with each passing episode? Possibly–it’s hard to imagine Succession squeezing more than a few seasons out of this material. For the time being, though, its expertly calibrated performances and cutting dialogue make it a worthy addition to the Lear-lite canon. 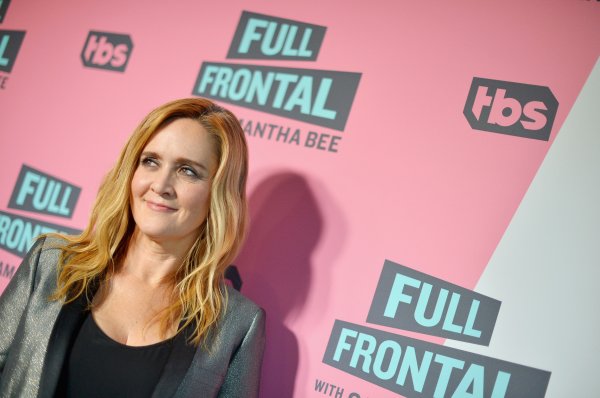