The True Stories Behind the Serial Killers of Mindhunter Season 2

It’s been nearly two years since Mindhunter viewers last saw special agents Holden Ford (Jonathan Groff) and Bill Tench (Holt McCallany) and psychologist Dr. Wendy Carr (Anna Torv), the leaders of the FBI’s early Behavioral Science Unit who broke new ground searching for serial killers by using criminal psychology and profiling. With the mid-August drop of Mindhunter season 2, the show picks up right where it left off: The trio is still hunting for serial killers, and they’re still doing their best to convince the bureau that interviewing known mass murderers could be an integral way to catch those still on the loose.

The David Fincher-directed Netflix series is loosely based on John E. Douglas’ autobiographical book of the same name, with Ford modeled after Douglas, who was known as the FBI’s “serial killer whisperer.” And like Ford, the killers he searches for are based on real-life criminals. While season 1 focused primarily on the connection between Ford and Ed Kemper (also known as “the co-ed killer”), season 2, with its primary focus on the Atlanta Child Murders, features some of the most notorious serial killers in American history, including Charles Manson, Son of Sam, Wayne Williams, William “Junior” Pierce and the BTK Strangler, Dennis Rader.

Here’s a look at the real-life stories behind the serial killers from Mindhunter season 2.

William “Junior” Pierce may not be as recognizable a serial killer as, say, Charles Manson or Ted Bundy, but that doesn’t mean he was any less dangerous than more notorious killers.

Pierce was responsible for nine murders that happened in Georgia and South Carolina in the span of just one year. Before he committed murder, he had been serving a 10-20 year sentence for a rap sheet that included arson, burglary, receiving stolen property and an attempted prison break. Despite a report from the prison’s psychologists saying he “may be dangerous to himself and others,” Pierce was released on parole in 1970 after serving only seven years of his sentence. It was during his parole that he committed these murders, which included the killing of Margaret “Peg” Cuttino, the 13-year-old daughter of South Carolina senator James Cuttino.

Pierce was arrested in March of 1971; he’s currently serving a maximum life sentence in Georgia.

While Wayne Williams was never charged with or even tried for the Atlanta Child Murders, his name is the one most connected with the child kidnapping and murders (22 black children and six young black men) that took place in that city between 1979 and 1981. Williams, a freelance photographer and music promoter, became a suspect for the murders in May 1981 after police heard a splash in the early morning hours by a bridge he was driving over. Later, the corpses of two men (Nathaniel Cater and Jimmy Ray Payne) were discovered in Chattahoochee River, where some of the dead children’s bodies were also found, with fibers and dog hair that were a match for those in Williams’ parents’ home.

Williams’ alleged connection to the Atlanta Child Murders, however, is controversial — and for many of the victims’ families, troubling. All of the victims were black, and many suspected that the murders were committed at the hands of the KKK; Williams’ arrest seemed to make for a convenient cover-up, some alleged. Special Agent Douglas, however, felt that this wasn’t true, as a white killer would have been more conspicuous in the black communities that the children came from, and because serial killers generally kill within their own race.

Many of the victims’ families also felt that linking some of the murders to Williams was a way for the authorities to close the cases without finding real answers, leaving many open questions — especially considering the speed with which the cases were closed without charging a murderer. In March 2019, Atlanta mayor Keisha Lance Bottoms and Atlanta Police Chief Erika Shields announced they would be re-testing evidence from the Atlanta Child Murders in order to bring closure to the victims’ families.

Perhaps one of the most notorious criminals of all time, Charles Manson was convicted in 1971 of first-degree murder and conspiracy to commit murder for seven people, the most notable victim being movie star Sharon Tate, despite not having actually killed anyone himself — having instead charged members of his cult following (known as the Manson family) to carry out the murderous acts.

The Manson Family was responsible for the murder of Gary Hinman in July of 1969; in August of the same year, they murdered Tate, who was eight and half months pregnant, at her home on Cielo drive, as well as three friends who were in the house: hairstylist Jay Sebring, screenwriter Wojciech Frykowski, and Folger coffee heiress Abigail Folger. The following day, they murdered a couple, Leno and Rosemary LaBianca. Manson and his followers were arrested in October 1969 and found guilty in January 1971.

Before Manson was convicted of these crimes, he had already had plenty of run-ins with the law for petty crime as a drifter and musician (he notably spent a summer with the Beach Boys’ Dennis Wilson). His rise to infamy was aided by bizarre elements of his persona, unconventional lifestyle and large following, which was made up of mostly young women. Indeed, Manson’s macabre pull took on a different kind of notoriety with the high-profile murders of Tate and her friends, which as Joan Didion noted in The White Album were highly symbolic as the end of the optimism and the shifting culture of the late 1960s.

While the motive for the murders was never truly confirmed, the most popular theory is Manson Prosecutor Vincent Bugliosi’s “Helter Skelter” theory, which posits that Manson heard coded lyrics on the track “Helter Skelter” on the Beatles’ White album that he believed foretold a race war, which he hoped would be set into motion with the nine murders he planned. Manson and his followers were given the death penalty, which became life sentences after California invalidated the death penalty statue in 1972. Manson died at 83 in 2017.

As “Son of Sam,” postal worker David Berkowitz terrorized New York City for a year between 1976 and 1977 with eight shooting attacks that killed six people and left seven wounded. Berkowitz was the adopted son of a couple in the Bronx. Following the death of his adoptive mother, he learned from his birth mother that his father hadn’t wanted him. This new information sent him into a spiral of arson, during which he set hundreds of fires in the city but evaded capture, later admitting to starting the fires when he was arrested for his murders. In actions he later claimed were ordered by demons, Berkowitz stabbed a woman, Michelle Forman, in December of 1975, before committing his first shooting in July of 1976.

Berkowitz’s crimes followed certain patterns: He usually targeted couples sitting in parked cars and was also noted for selecting young female victims with long, dark and wavy hair (as a result, wig sales in the city rose during this time). He became infamous for using a .44 caliber Bulldog revolver that a friend from his army days serving in South Korea bought for him. This led to his being dubbed the “.44 caliber killer” by the press, but a new nickname, “Son of Sam,” emerged after Berkowitz wrote a rambling letter that he left by the bodies of victims Alexander Esau and Valentina Suriani in April 1977.

In the letter, Berkowitz claimed be the son of a man named Sam, an apparent reference to Sam Carr, his next-door neighbor. Berkowitz believed that Carr and his black Labrador dog, Harvey, were demons. He claimed the demon possessing Harvey told him to kill, leading Berkowitz to attempt to kill the dog, although Harvey ultimately survived. After parts of the letter were published by the media, Berkowitz became widely known as Son of Sam. Berkowitz was noted for seemingly taunting police and courting the press, who reported on his killings with sensational fervor; he even went so far as to send a letter to a New York Daily News reporter. In August 1977, Berkowitz was caught en route to another killing after a parking ticket helped lead police to him; upon his arrest, he admitted to being Son of Sam. When Berkowitz went on trial in May 1978, he withdrew an insanity defense and pleaded guilty to all six murders. He was given six 25-years-to-life sentences, the maximum penalty at the time. He is currently being held at Sullivan Correctional Facility, where he’s been imprisoned since 1987.

Dennis Rader, better known the world as the serial killer “BTK,” “BTK Killer” or “the BTK Strangler,” flew under the radar for four decades under the guise of a devoted husband and father, despite the 10 grisly murders he committed in Wichita, Kansas, between 1974 and 1991.

Rader committed his first murders in 1974, killing the members of the Otero family: a father, mother and their two children. He wrote about the murders in detail in a letter that he placed in a book at the Wichita Library that same year, which was later published. It was this letter in which he first suggested his nickname, “BTK,” an abbreviation (and later symbol) for “bind, torture, kill.” He would use this moniker to sign the many baiting letters he sent to police and the media as he committed more murders. During this time, Rader was bold in his communication with the authorities and the media, going so far as to call police to report the murders, sending the media letters. Rader was known for strangling his victims and was motivated by sexual sadism. He was also known for taking “souvenirs” from the scenes of the murder — often women’s underwear, which he had a fetish for and wore after stealing it from his victims.

Rader was widely unsuspected as the criminal behind the mass murders. He presented himself as a wholesome family man with a wife and two children, a leader in his church and the local boy scouts. He was even an ADT serviceman from 1974 to 1988, providing and tending to security systems that were set up because of customers’ fears of the BTK killer. While Rader stopped committing murders after 1991, his desire for recognition, long seen in his letters, led to his capture in 2005, when he began writing letters as the BTK Killer again. Rader pleaded guilty to all 10 murders in June 2005 and was sentenced to 10 life sentences. He is currently in the El Dorado Correctional Facility in Kansas. 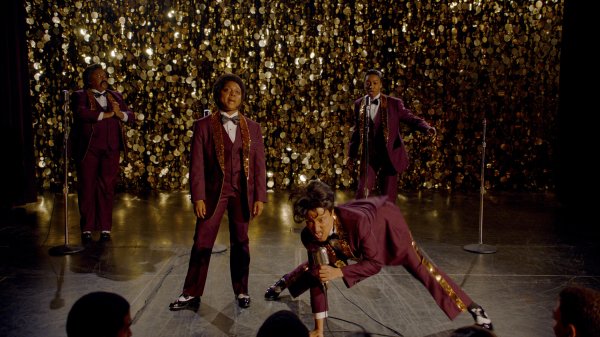