We Remember Killers, But Not Those Who Die. A New Book About Jack the Ripper's Victims Wants to Change That

Actress looking back at a man following her in a scene from the film 'Jack The Ripper', 1959.
Archive Photos—Paramount/Getty Images
By Suyin Haynes

Eight out of the top 20 podcasts on the U.S. iTunes chart on the week beginning April 7 were related to true crime. From January to November last year, true-crime titles sold 1.6 million print copies in the U.S., per NPD BookScan, compared to 976,000 in the same period in 2016. And with documentary series such as Netflix’s Making a Murderer, the genre is also seeing a surge on screen. But, even as true crime has enjoyed a heyday, observers have sometimes leveled a criticism at its most popular stories: as news coverage of crime sometimes does, it tends to place more focus on the killer than the victims.

That framing doesn’t just apply to modern crime, though. Think of history’s most famous criminals, and chances are their names come easily to mind. The names of the innocent people whose lives they ended, however, fade with time — if they were ever known in the first place.

Case in point: Jack the Ripper.

The year was 1888 was supposed to be a celebratory one in the U.K. — after all, Queen Victoria had recently marked 50 years on the throne and the British people reveled in an era of invention and empire. And yet, even amid the jubilation in London, the public was captivated by something else. The months between August and November saw five horrific murders take place in the capital, causing a near hysteria as a mass manhunt was carried out to find the killer: Jack the Ripper, as the serial killer became known. Jack the Ripper was never caught and remains a prominent figure today in the minds of true crime buffs, even spawning a genre known as “Ripperology.” Meanwhile, his victims are often lumped together, five unlikely prostitutes who became unfortunate props in an enduring story.

But, just as more recent true-crime stories have been subject to reexamination, the new book The Five: The Untold Lives of the Women Killed by Jack the Ripper, by social historian Hallie Rubenhold, is an effort to remedy the Ripper imbalance. Rubenhold delves into the individual lives of Polly Nichols, Annie Chapman, Elizabeth Stride, Kate Eddowes and Mary Jane Kelly, looking at the history and activity of each woman leading up to the moments in which they met their unfortunate fate in 1888.

“The fact that we have just embraced this mythology [of the Ripper’s victims as prostitutes] without question says a lot about our own society, about our expectations of victims of crime,” Rubenhold tells TIME. “I think we harbor a really dark, primal, primitive idea that bad women deserve to be punished. That’s definitely all wrapped up in and part of the package of the Ripper’s victims being prostitutes.”

By examining Victorian workhouse documents, marriage records and censuses, Rubenhold was able to build up a more comprehensive picture of the five women’s lives, showing how they were affected by poverty, misogyny and social instability. She points to the lasting public obsession with the Ripper himself as the reason why the victims’ histories have been obscured and untouched for so long, and she’s not the only one. The release of Rubenhold’s new book also coincides with the launch of a new opera in London produced by the English National Opera, titled Jack the Ripper: The Women of Whitechapel. So named after the area of London in which the murders took place, the opera, like The Five, focuses on the lives of the Ripper’s victims.

American criminologist Scott Bonn argues one reason why the Ripper has been such a prime example of this phenomenon is the mystery of the killer’s identity. “Jack the Ripper just seemingly disappeared into the London fog, never to be heard from again, leaving us hanging and forever wondering who he was,” Bonn tells TIME, calling the case “the granddaddy of all whodunnits.” Bonn, author of Why We Love Serial Killers, also points to the sensationalization of the killings in the newspaper coverage of the crimes, which coincided with innovations in mass media output in the U.K. “It was the fact that the horrific murders shocked Victorian society, and the fact that the individual was never apprehended, combined with this new emerging media technology that allowed for widespread daily updates on the story.”

The consumption of true crime as entertainment, so obvious in Victorian London, would endure just as much as the Jack the Ripper mystery, which has inspired dozens of films and television series dating back to the 1920s. Bonn has taught classes on criminology at college level, and says that with the Ted Bundy case in particular, “I’ll ask my students who can name one of his victims and no one can answer, but everyone knows Bundy as the killer.” Charges of glorifying Bundy have been levied against Extremely Wicked, Shockingly Evil and Vile, a biopic film starring Zac Efron that debuted at Sundance Film Festival in January, though defenders argued that Bundy’s charm was key to the story. “Think about the surviving members and family and friends of Ted Bundy’s victims, or any serial killer’s victims, when they see these movies and documentaries coming out — it’s almost like they’re being victimized again,” Bonn says.

That said, there appears to have been somewhat of a shift towards giving greater weight to the stories of victims.

Guidance is readily available for media organizations on coverage of mass shootings, for example, and outlets that have chosen to privilege the stories of perpetrators of crime rather than their victims have faced strong backlash. Last month, New Zealand’s Prime Minister Jacinda Ardern announced that she would not speak the name of the shooter responsible for killing 50 people in Christchurch, instead urging the public to “speak the names of those who were lost, rather than the name of the man who took them.”

For criminologist Bonn, these shifts in discourse follow a pattern over recent years. “There was a time when the victim had very little voice in the [U.S.] criminal justice system,” he says. Today, things have changed, with the introduction of victim impact statements, better communication from the criminal justice system to victim’s families and a strengthening of advocacy around this issue area.

Rubenhold has her own theory of what’s the behind the tendency to focus stories on killers rather than victims. “I think our obsession with serial killers fundamentally comes down to something really human, which is that we are afraid we won’t be able to recognize those people in our society. There’s this protective need to inform oneself about what’s out there so you can identify them,” she says.

And yet she also believes that the stories that unnerve us the most may also be the ones that most deserve to be revisited.

“If we’re going to be interested in true crime, we need to look at it in the round,” she says. “We have to humanize what is going on.” 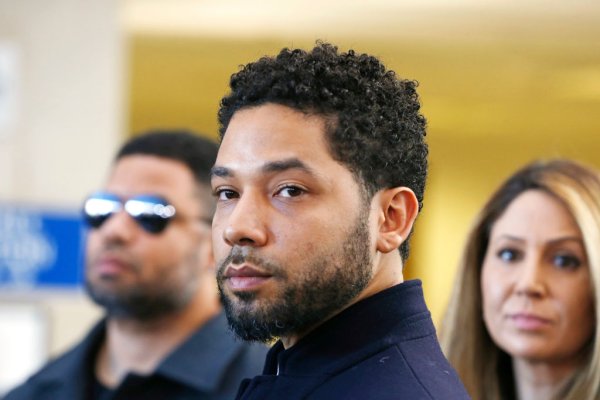