How the Son of Sam Serial Killer Was Finally Caught

Despite a high-profile investigation and a series of taunting letters sent by the killer, it took months before New York police nabbed the serial killer who went by Son of Sam on Aug. 10, 1977. It turns out they caught David Berkowitz right in the nick of time. As TIME reported, he later told investigators that he’d been planning to head to a Hamptons nightclub with a semiautomatic rifle and “go down in a blaze of glory.”

One reason the Son of Sam proved so elusive is that many traditional ways of tracking down a killer had backfired. For example, the police sketches were based on unreliable witness testimony, which meant the public was on alert for someone who didn’t resemble the killer. Nor was there a discernible pattern in the seemingly random murders.

What made the difference in the end was Berkowitz’s compulsion to harass his neighbors with anonymous notes, one of whom claimed his dog had been shot with the same kind of gun used by the serial killer. When another neighbor returned home to find a fire near his apartment, he alerted the police, who realized that this was a pattern in Berkowitz’s behavior. They figured out his car make and license number, and began to look at him as a potential suspect in the case:

Detectives staked out the apartment building. When Berkowitz emerged and the cops confronted him, he turned to one inspector and said, “I guess this is the end of the trail.” Berkowitz pled guilty. In 2011, he said that he will no longer seek parole. 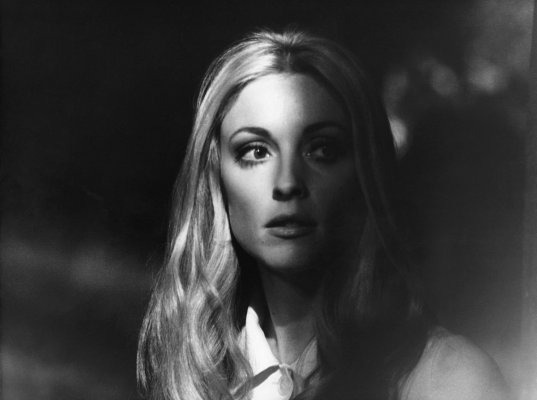 Read TIME's Report of the Grisly Sharon Tate Murder
Next Up: Editor's Pick