David Fincher’s new Netflix series Mindhunter takes audiences inside the mind of the serial killer. In the show, two 1970s era FBI agents travel the United States to interview some of the most notorious mass murderers in history. Their goal: To better understand the psychology serial killers and use the information they learn to catch future criminals.

The series is based on the real-life work of former FBI Agent John Douglas’ memoir, also titled Mindhunter. As one of the first criminal profilers, Douglas interviewed the likes of Charles Manson and the Son of Sam. His experiences have inspired movies like Silence of the Lambs.

In his book, he uses details from these interviews to sketch the personality of a serial killer. Many of the murderers he interviewed had similar backstories and cited similar motivations. Here’s what we learned about serial killers while reading his book:

This is perhaps an obvious point, but serial killers are calculating. They will tell parole officers or police whatever they need to in order to stay out of prison. Several of the killers that Douglas interviewed were able to convince court-appointed psychiatrists that they were on the road to recovery. In several instances, they were were in fact killing multiple people in between their sessions with shrinks.

When Douglas studied have the background of serial killers, he found that they often exhibited three behaviors — bed-wetting beyond a normal age, cruelty to small animals and fire-starting — while young. Douglas says that many of the murderers he interviewed exhibited these traits as kids.

“Probably the most crucial single factor in the development of a serial rapist or killer is the role of fantasy,” Douglas says. “And I mean this in the broadest sense.” He offers Edmund Kemper (sometimes called the “co-ed killer”), who murdered several college women as well as his own mother, as an example. At a young age, Kemper did not feel comfortable around girls. He fantasized about completely dominating and possessing his sexual partners and eventually about killing them.

“With most sexually based killers, it is a several-step escalation from the fantasy to the reality, often fueled by pornography, morbid experimentation on animals and cruelty to peers.”

Many serial killers are interested in law enforcement as a career

Douglas writes that many of the serial killers he interviewed tried and failed to become police officers and instead took jobs as night watchmen or security guards: “When you consider that most of these guys are angry, ineffectual losers who feel they’ve been given the shat by life, and that most of them have experienced some sort of physical or emotional abuse…it isn’t surprising that one of their main fantasy occupations is police officer. A policeman represents power and public respect. When called upon to do so, he is authorized to hurt bad people for the common good.”

More common still are serial killers who simply befriend police officers. Chatting up the authorities allowed some killers to pump the police for information while simultaneously taking pleasure in tricking or misleading them.

Serial killers rarely attack the people they most resent

Douglas explains that serial killers rarely harm the object of their resentment — at least not at first. If they’re angry at their father or their wife, they don’t murder them but rather practice on others before building up to the act they most want to commit.

But they will gift those people trophies taken from their victims

Related to this crescendo in violence is the tendency for these killers to take an item, often a piece of jewelry, from their victims. They then gift that token to the object of their hostility, like a wife or girlfriend: “Seeing her wear it, he both relives the excitement and stimulation of the kill and mentally reasserts domination and control, knowing he could have done to his own partner what he did to his unfortunate victim,” writes Douglas.

Serial rapists and murderers are motivated by their need for control

According to Douglas, the reason that murders committed by serial killers, at first blush, seem to be senseless crimes is because serial killers are often motivated by something else. FBI agents have identified domination, manipulation and control as the key motives for such killers. The killers feel powerless or inadequate and kill in order to feel powerful. 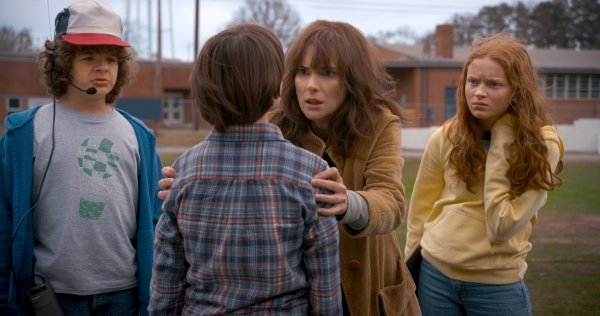 The Stranger Things Season 2 Trailer Hints It's Up to Eleven and Will to Save Everyone
Next Up: Editor's Pick