They’ve broken records for K-pop worldwide, but after six years of constant global touring and music production, BTS is going on an “official and extended period of rest,” their parent company BigHit Entertainment shared over the weekend. It’s the first time since their debut in the K-pop scene in 2013 that they’ve taken this kind of break, following up a big year that included appearances on Saturday Night Live and at the Grammys, a top-charting album and even a spot on the TIME 100 list.

“This period of rest will be an opportunity for the members of BTS… to recharge and prepare to present themselves anew as musicians and creators,” the announcement reads. “This will also provide them with a chance to enjoy the ordinary lives of young people in their 20s, albeit briefly.” Their last show for the time being was in Seoul over the weekend.

As any army member worth their salts knows, BTS consists of the seven members RM, Suga, J-Hope, Jimin, V, Jung Kook and Jin. They currently are all between 21 and 26 years old, and many have been performing professionally or semi-professionally since their early teens. The internet was ablaze on Sunday with fans (called ARMY) supporting the break, given the schedules that have often kept them away from their families for long stretches. And since they are South Korean citizens, they’ll be asked to participate in mandatory military service within the next few years as well.

While it’s likely they won’t be able to have much of an “ordinary” experience no matter what, thanks to their superstardom, BigHit did ask fans for a favor: “Should you have a chance encounter with a member of BTS… we ask that you show consideration for their need to rest,” the statement asks.

In the meantime, support remains strong: their song “Spring Day” just broke a record as the longest-charting on Melon, the Korean music chart, with 130 weeks on the list.

While they’re away, fans of K-pop are in luck: thanks in part to BTS’s prominence, the industry is in fine form. And a crop of other groups — including BLACKPINK, Monsta X and Tomorrow x Together — have been making inroads into the U.S. market with stateside appearances and record label partnerships. 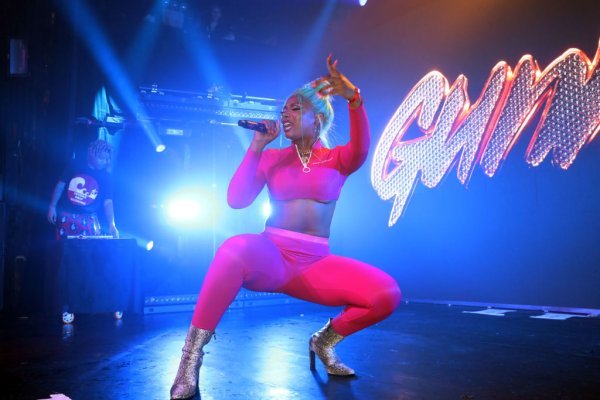 The 5 Best Songs of the Week
Next Up: Editor's Pick