Everything to Know About K-Pop Group BLACKPINK

The word K-pop has, of late, become almost synonymous with the letters B, T and S. But there’s another K-pop group that’s been breaking records as their music captures the attention of a global audience. The four women of Blackpink, who debuted as a group in 2016, comprise a multilingual performance powerhouse connecting with fans across borders. Jisoo, Jennie, Rosé and Lisa may have just begun touring globally, but a strong fanbase stretching far beyond South Korea is already powering their rapid ascent.

Blackpink’s upcoming schedule is packed with international opportunities to connect with their fans, who are called “BLINKs,” a portmanteau of “black” and “pink.” Later this month, they will become the first female K-pop group to play at the Coachella music festival, before continuing the North American, European, and Australian legs of their first world tour.

This week, the group releases a new 5-track EP, “Kill This Love,” already trending on social media and expected to top charts. Here’s everything you need to know about Blackpink, the girl group elevating K-pop’s global popularity.

Why are they called Blackpink?

The group’s name was conceived to contrast with the perception of femininity commonly associated with the color pink. When Blackpink debuted, their label YG Entertainment said the name intends to convey that the group embodies more than beauty. “I may look sweet, but I don’t act like it,” Jennie sings in the opening lines of “Ddu-Du Ddu-Du,” echoing this message.

What makes Blackpink different from other groups?

Blackpink’s discography is limited — before “Kill This Love,” the group had released fewer than 20 tracks since their debut in 2016, including the Japanese versions of their Korean songs. Nevertheless, a handful of their singles have not only ranked on Billboard charts but gone viral online, with their signature choreographies regularly replicated by fellow K-pop idols and global fans in dance covers.

A large part of the group’s appeal is their ferocity, created through a blend of bold rapping, powerful singing and chic styling. Although dark and edgy concepts are not a novelty in K-pop girl groups, Blackpink double down on these through the imagery in their music videos, such as the bejeweled tank in “Ddu-Du Ddu-Du.”

Who are the members of Blackpink?

The oldest member in the group, Jisoo is a singer, often referred to as Blackpink’s mood-maker. She has a quirky sense of humor and a proclivity for generating on-the-spot songs about any topic — from the weather to a craving for chicken skewers. Jisoo acted in a number of music videos and commercials in her pre-Blackpink years. Although she is the only member who does not speak English fluently, the vocalist is nevertheless trilingual, able to speak Korean, Japanese and Chinese.

Blackpink’s main rapper, who also sings, Jennie was a “trainee” for just shy of six years — the longest of the members. (Under the trainee system in South Korea, aspiring pop idols audition with entertainment agencies to become trainees with the hopes of one day debuting as an artist.) Jennie lived in New Zealand for a period before moving back to South Korea in 2010, and speaks fluent English in addition to Korean and Japanese. She was the first member of Blackpink to release an individual track, titled “SOLO.” The music video showcased her versatility as both a rapper and singer, while further establishing her as a fashion icon through the more than 20 outfits worn within the three-minute clip.

Born in New Zealand and raised in Australia — where she participated in YG Entertainment’s auditions and placed first — Rosé is also fluent in English. She is the group’s main singer, and her distinct voice is easy to recognize. Rosé plays the guitar and piano and frequently covers both English and Korean songs. She recently shared a cover of Halsey’s “Eyes Closed” on her birthday as a gift to fans, writing, “This is such a deep song and I remember at the time when I recorded it, I was needing some of the healing that this song brings to me. I hope you enjoy it as much as I did singing it.”

Lisa, the youngest member — known as “maknae” — is the main dancer in Blackpink. Born and raised in Thailand, Lisa was in a dance crew at a young age before she auditioned to become a K-pop idol trainee. Besides Thai, Lisa speaks Korean — which she started to learn after moving to South Korea in 2011 — English, Japanese, and basic Chinese. Although she raps and sings, it is the “focused camera” recordings of Lisa’s dancing, a combination of smooth body rolls, sharp hits and captivating facial expressions, that often become the subject of Blackpink’s viral videos.

How did Blackpink rise in popularity?

Blackpink officially debuted in 2016 with the single album Square One, which consisted of two songs — “Whistle” and “Boombayah.” The debut was highly anticipated in the K-pop scene as Blackpink was the first girl group to come from YG Entertainment, the major company home to powerhouse groups like BIGBANG and 2NE1, in seven years. “Boombayah” made the group the fastest musical act, at the time, to hit No. 1 on Billboard’s World Digital Songs chart, and their success continued with additional releases in the following year.

In 2018, Blackpink received a new level of international attention when they became the highest-charting K-pop girl group on Billboard with the single “Ddu-Du Ddu-Du” and the EP Square Up. “Ddu-Du Ddu Du” hit No. 55 on the Billboard Hot 100 — surpassing Wonder Girls’ English version of the song “Nobody” which peaked at No. 76 in 2009 — while Square Up hit No. 40 on the Billboard 200. A few months later, the group collaborated with Dua Lipa on the track “Kiss and Make Up,” reaching a new audience with a bilingual song that currently has more than 200 million streams on Spotify.

The potential for a more global footprint became apparent when Blackpink signed with Interscope Records and Universal Music Group last October. YG Entertainment partnered with the label with the goal of promoting the group internationally. Shortly after, Blackpink made their debut on U.S. television with a performance on The Late Show with Stephen Colbert, then on Good Morning America.

Where should I start with their music?

For an introduction to Blackpink, start with “Ddu-Du Ddu-Du,” the record-breaking anthem featuring hard-hitting rap verses and dynamic trap beats. The song takes its name from the sound of gunshots, and the most recognizable choreography includes shooting fingers matched with swaying hips. In the music video, vocalist Jisoo walks through a crowd that records her with phones in outstretched hands. She trips and falls, and the phones’ orientation turns to simulate guns pointing at her. The scene appears to comment on how quickly attitudes toward celebrities can switch from admiration to aggression.

Besides “Ddu-Du Ddu-Du,” singles like “As If It’s Your Last” and “Playing With Fire” have energetic melodies with lyrics expressing love and passion. The track “Stay,” on the other hand, is a rare ballad from the group, showcasing Jennie and Lisa’s softer rapping along with Jisoo and Rosé’s voices layered atop acoustic melodies.

How did Blackpink become so popular on social media?

With every new release, Blackpink’s following on social media has grown. Not only is Lisa the most-followed K-pop female idol on Instagram, but Blackpink has the most-followed K-pop group account on the platform with 16.4 million followers, as of April 2019. Leading up to the release of “Kill This Love,” the teaser photos of the individual members sporting new hair colors and serving sinister looks each received more than two million likes on the official account. On Twitter, the signature phrase from the group’s debut song “Boombayah” — “Blackpink in your area” — is regularly trending as Blackpink announces new plans to, quite literally, enter the areas of international fans. 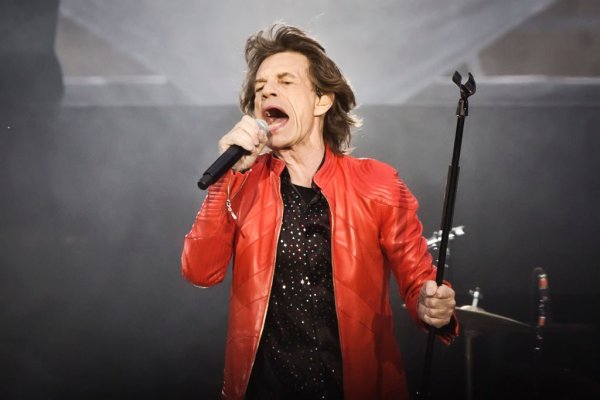 Rolling Stones Delays Tour Due to Mick Jagger's Health
Next Up: Editor's Pick