Pallbearers wheel the casket of Angelina Englisbee, 86, who lost her life in the El Paso mass shooting at Walmart, following her funeral Mass at St. Pius X Church on Aug. 9, 2019 in El Paso, Texas.
Mario Tama—Getty Images
By Tara Law

In the wake of back-to-back shootings that claimed 31 lives in El Paso, Texas, and Dayton, Ohio, this past weekend, President Donald Trump has said that he’d lend his support to one of the major goals of the gun control movement: universal background checks.

Senate Majority Leader Mitch McConnell, a longtime advocate for permissive gun laws, also signaled that he would be open to discussing expanding federal background check laws, according to the Associated Press. This could mean that there’s new hope for a universal background check bill that passed the House of Representatives this winter. The bill would add on to existing federal law, which requires that all licensed gun dealers screen gun buyers to see if they’re banned from owning guns, to include private gun sales.

McConnell and Trump have also signaled that they would also consider discussing new “red flag” laws, which would allow authorities to take guns away from people who are believed to be dangerous.

For now, it seems that the majority of the momentum is behind background checks, which advocates say would reduce the loopholes which could enable people with criminal histories from buying guns. Many experts say that this policy could reduce gun deaths. However, whether this could actually stop the kind of violent crime that’s bringing it to attention – mass shootings – is less clear.

TIME’s examination of the deadliest recent mass shootings showed it was difficult to point to cases where more expansive background checks would have saved lives. Many of the people who perpetrated these mass shootings passed background checks. Some, including the man who killed 12 at a movie theater in Aurora, Colo., in 2012 or the shooter who killed 22 at a El Paso, Texas, Walmart on Saturday, passed because they did not have a significant criminal record. Others, like the shooter who killed 9 in Dayton, Ohio, on Sunday, had juvenile charges that were expunged. And several, including the 2012 Sandy Hook, Conn., did not face background checks because they obtained their weapons through friends or family.

Nevertheless, many public health experts agree that background checks are a crucial part of efforts to limit gun deaths.

Jon Vernick, a professor at the Center for Gun Policy and Research at the Johns Hopkins Bloomberg School of Public Health, tells TIME he believes that background checks are the “bedrock” of gun control policies. He says that they should be combined with a requirement for gun permits, which would enable even more extensive reviews of purchasers’ backgrounds.

“We need to have [background checks] in place so we can do a better job of making it harder for high-risk people to purchase guns in the first place,” Vernick says, “whether it [restricts] someone with a criminal history, a qualifying mental health history, or even a juvenile.”

Vernick also says that mass shootings are not an effective measurement of the scale of gun violence. He notes that nearly 40,000 people were killed by guns in 2019. 60% of those deaths were suicide, according to the CDC.

“Mass shootings are horrible and shake communities, and we absolutely should be thinking about ways to make them less likely, but relative to the overall problem of gun violence in the United States, they’re still relatively rare,” Vernick says. “We have to make sure that we’re focusing not just on mass shootings, but on the sadly everyday homicides and suicides. And it looks like background checks, coupled with licensing laws, can make a real difference.”

Michael Siegel, a professor at Boston University School of Public Health, says background checks are most effective when coupled with two other policies — gun permit requirements and restrictions on gun ownership for people with a history of violence. According to a study Siegel published in 2019 with other researchers, violent misdemeanor laws reduced homicides by 18.1%, and universal background checks reduced homicides by 14.9%.

Getting rid of laws that require background checks may also worsen gun violence. A 2013 Johns Hopkins study by Vernick and two other researchers found that Missouri’s 2007 repeal of its permits law – which required background checks- was associated with a 23% increase in the firearm homicide rate.

Siegel says that, while many people believe that the mentally ill are disproportionally responsible for mass shootings and acts of violence, many experts agree that there is not a strong correlation between mental illness and gun homicides. In fact, according to the Department of Health and Human Services, the mentally ill are more likely to be the victims of violent crime than perpetrators.

Instead, Siegel argues, the focus should be on people who have already committed violent acts.

That’s one of the reasons he believes it is important for states to implement Extreme Risk Protection Orders- sometimes called red flag laws- that would enable families or law enforcement to decide whether to remove someone’s guns through a hearing process.

“The greatest risk factor for violence is a history of violence,” Siegel says.

Studies to support such a law’s effective are limited. Since a congressional provision known as the Dickey Amendment was enacted in 1996, the CDC has been prohibited from funding research that “may be used to advocate or promote gun control.”

But one analysis of two states with such “red flag” policies – Indiana and Connecticut – found that they led to drops in the biggest portion of gun deaths: suicides. Suicides by gun dropped by 7.5% in Indiana and 13.7% in Connecticut since the laws were enacted. 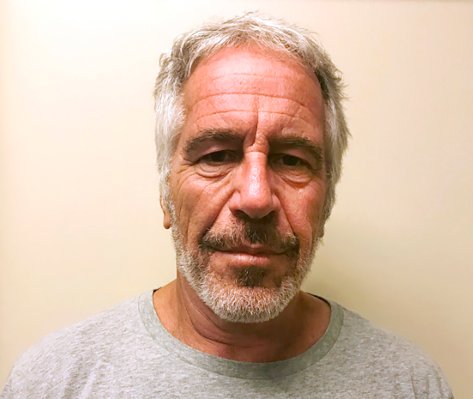 Jeffrey Epstein Dies by Suicide in Jail
Next Up: Editor's Pick